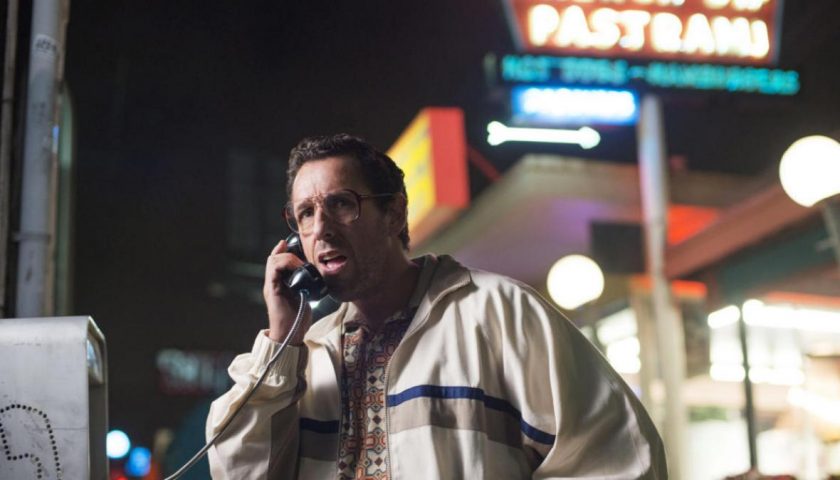 Netflix’s mega Adam Sandler deal has already yielded three terrible movies, but it’s all been worth it, according to chief content executive Ted Sarandos, because the people are loving them—or, at least, watching them like crazy. The streaming service announced via YouTube on Monday that since the Dec. 11, 2015 premiere of The Ridiculous Six—Sandler’s first, terrible movie made under his Netflix partnership—subscribers have spent 500 million hours watching Sandler’s movies. That’s a little under 30 million hours per month and, as Uproxx calculated, almost a million hours a day. (Netflix currently has approximately 99 million users.)

Netflix doesn’t release viewership numbers and has notoriously played coy with the success of its programming, so a note of caution here. But the streaming service did just re-up Sandler’s deal to produce four more films with him, and even if moderately exaggerated, these numbers are dispiritingly huge.

For Netflix, Sandler has produced and starred in The Ridiculous Six, The Do-Over, and Sandy Wexler, the latter of which clocks in at 130 minutes (!) and dropped this past Friday. Wexler, which features Jennifer Hudson alongside Sandler regulars Kevin James and Rob Schneider, is widely considered to be the best of Sandler’s Netflix output thus far—not that that’s saying much at all. “It’s awful,” IndieWire’s David Ehrlich wrote, “and yet it’s almost objectively Sandler’s best movie since Funny People.” Speaking to the (slightly) improved critical response, Jesse Hassenger of the AV Club theorized that “drastically lowered expectations” might finally be working in Sandler’s favor. Nonetheless, the movie has still attracted some especially harsh notices, including from Variety and the Hollywood Reporter, whose review found Sandler’s gender politics approaching “Woody Allen levels of ick.”

Sandler has five more movies to make under his Netflix deal, but if his stuff is really succeeding at the level being claimed, it’s hard to imagine he ever escapes the streaming bubble. At this rate, the best we can hope for is that Sandler shows a little mercy and doesn’t keep increasing his movies’ running time. Though maybe that’s exactly what the Netflix subscriber base wants—because really, at this point, who’s to say?