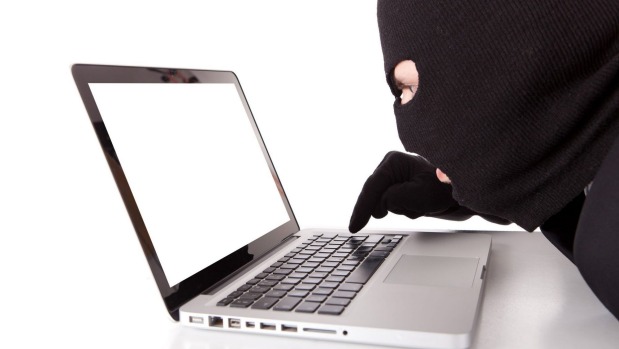 Nelson woman Mary Bier had some blunt words for the people who tried to pull a swift one on her regarding the online sale of a scooter this week.

That final email exchange cut short a dodgy transaction that almost proceeded, had it not been for Bier’s vigilance.

“I often see things in the paper and it helps me keep alert – but other people get sucked in,” she said.

“I had a pretty stiff message for those bastards.”

Bier said her cautionary tale began when she listed her 2003 Suzuki SJ125T Epicuro on Trade Me.

With one owner, 7465kms on the clock and a only couple of minors scratches, the 73-year-old had no trouble finding an interested buyer.

While a United States address was given and a poor grasp of english was evident in the initial stages of communication, Bier was happy to make arrangements for payment when an offer was made on the $2,250 scooter.

“They said they would pay the money in, but they said ‘oh we’ve got to get a carrier in to pick it up, but because of my job I haven’t got a credit card -join Paypal and we’ll put the money in there.”

While aware of Paypal as a trusted form of payment, Bier asked that the money went into her own bank account and gave them her account details to make the deposit.

However, the supposed buyers insisted that Bier set up a Paypal account, which – for the sake to speeding up the process – she did.

The transaction then took on a life of its own, starting with the following email from the buyer.

“You will need to send the $780.00  to my pick up agent…so that PayPal can credit the $3,100.00 into your account. Once you emailed the money gram details to Paypal for verification the money will be release in your account immediately(SIC).”

“Why on earth would I have to pay anything before I get my money?” she said.

After visiting her local bank she realised that other Nelsonians had been approached in a similar manner.

“[The bank] said that’s the second one today – that’s just one bank, so it obviously affected a few more people.”

Bier promptly terminated the sale with the buyer – known only as Kim Kyelberg of Coos City, Oregon – and has since closed the Paypal account, while the bank details she disclosed related to an old account she seldom used or kept money in.

She has not heard from the scammer since.

Bier hoped to raise awareness of the scam in the hope that others would avoid losing money.

The scooter is still for sale and Bier hoped to receive a more genuine offer in the coming days.

Trade Me’s trust and safety manger Jon Duffy said the impact of scammers was “more of a frustration” for their operation as well as its members.

“Once you break it down to its component parts and take a step back from the kind of pressure that the scammers put you under, it’s pretty easy to identify,” he said.

“The starting point for us is if you’re selling something on Trade Me, you shouldn’t be paying any money.”

Although 250,000 items sell a week on the site, Duffy said the vast majority of Trade Me transactions went “without a hitch.”

“While we detect scams proactively ,we’re always happy to take reports from our members, because that’s our first line of defence.”

He advised anyone who was concerned about a possible scam to go to http://www.trademe.co.nz/trust-safety/2013/9/16/how-to-spot-freight-forward-scams/ or email abuse@trademe.co.nz.

For concerns beyond Trade Me, go to www.scamwatch.govt.nz