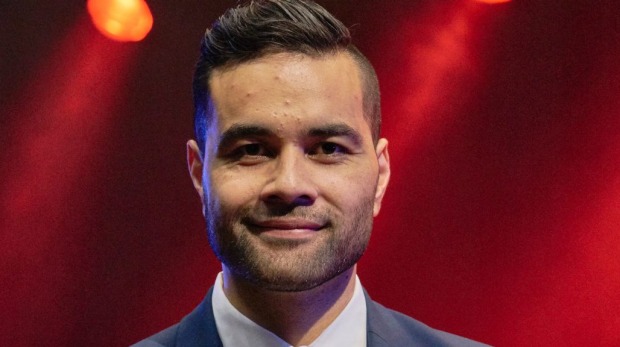 Maybe it was the fault of the TV series Glee, or perhaps it was movies like Pitch Perfect which kicked it all off, whatever the case, there is no doubting the resurgence of a cappella performing.

No longer the domain of churches, a cappella is all the rage. And now it’s the focus of The Naked Choir.

Hosted by Wellington singer Jeff Hunkin, the show features eight a cappella groups from around the country.

(For a good example of just how popular a cappella is, it is worth visiting YouTube and watching Pentatonix, a US singing group whose performances have racked up millions of views.)

“One of the things we wanted to do was bring as many genres of music from as many eras as we could to life rather than focusing on golden oldies or Top 40 hits,” says Hunkin. “We wanted to get a broad mix of both so it’s entertaining for audiences but also it challenges the groups that are singing because each different genre poses its own challenges in terms of how you bring that to life.

“People can expect to hear a diverse mix of music from pop to olden-days disco music to songs from Adele. All kinds of things. So there’s going to be something for everyone.”

Hunkin, who grew up in a musical household in Tawa, is an experienced singer. He is part of the a cappella Musical Islands Boys which came first in the 2014 Annual International Barbershop Singing Convention in Las Vegas.

“On the back of that I picked up a lot of performance material, speaking in front of people and just picking up general confidence and that kind of thing,” he says.

This is Hunkin’s first TV hosting gig. His nine-to-five job is as a TradeMe communications adviser.

Rotorua-born Marvelly, whose small-screen experience includes sitting on the judging panel of the TVNZ talent show One Night Only, began singing in choirs when she was around seven years old.

“For kids [singing in a choir] is really awesome because it gives you a group of friends who are also into music. It gives you the opportunity to be on stage without the fear of being alone. For adults there is the choir camaraderie.

“It’s amazing when you have people of all different ages who come together due to their love of music. There are lots of really strong friendships that are made during choir practices and performances.”

Camaraderie in entertainment is something Marvelly knows well.

She is related to the late Sir Howard Morrison (she calls the connection too convoluted to explain) and when she was 16 she hit the road with the Rotorua  entertainer on a nationwide tour.

“Howard used to tell this great story whenever we were on stage together. He’d introduce me as his aunty because my line was above his. It’s a great gag that only he could pull off.

“He was a hugely important figure in my life and to this day I really miss him. I was actually thinking about him the other day.”

Since their days performing together, Marvelly’s career has rocketed. She has performed all over the world and regularly sings the national anthem at All Blacks’ tests.

But although she has rubbed shoulders with the best of them, Marvelly is still impressed by the talent on display in The Naked Choir, saying there have been some “really amazing performances”.

However, her role on the show did not come without its challenges.

She says one of the toughest facets for her was voicing her opinions to her fellow judges when it came to deciding which groups were good enough to stay in the competition.

“It’s really hard to choose who’s going through to the next round,” she says. “I still am haunted by those decisions, so that was a real challenge for me.”