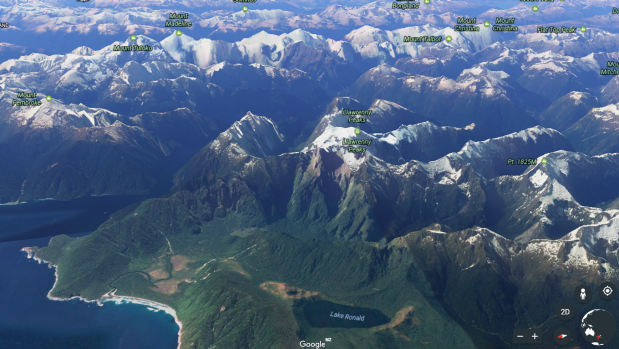 Auckland’s Mount Eden is given a starring role in an ad for the relaunch of Google Earth.

Google Earth has existed as a heavier more detailed version of Google Maps for years, but used to require a desktop download.

Now the 3-D mapping service works right from within the Chrome web browser, and comes with new guided tours and virtual reality content.

Earth has featured 3-D maps for some time now, but many look to be hugely updated in the new version. The 3-D images are generally created from stitched together aerial fly-bys.

READ MORE: Google Earth invites you to ‘get lost’ exploring the planet

One area of particular interest to Kiwis was featured in the ad Google put out announcing the relaunch – Mount Eden in Auckland.

Google partnered with Nasa, BBC’s Planet Earth, and even Sesame Street to bring in more photography of certain areas and content for “Voyager” – virtual guided tours through locales most of us will never visit.

Yes, this means you can virtually visit the location of that famous Planet Earth snake-iguana scene.

Google are focusing Earth around exploration and discovery, with the far faster Google Maps the product for more utilitarian navigations.

The update means Google Earth will work on Chrome browsers on Windows and OSX. The mobile app for Android has also been updated, and an update of the iOS version is expected.

Google have also announced an update to a virtual-reality version of Google Earth, which will now work on the Oculus Rift as well as the HTC Vive – but still not Google’s own Daydream software.