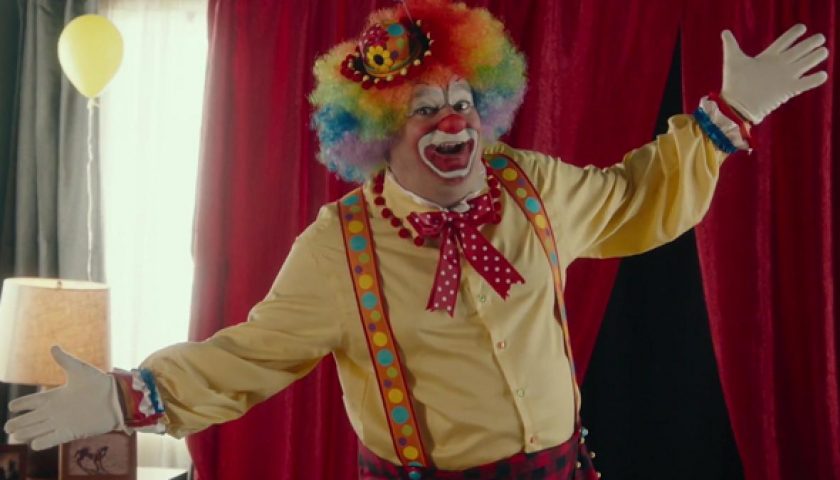 Everybody comes down with the Mondays sometimes, so it’s important to make room in your life for the occasional touch of whimsy. And what could be more whimsical than birthday clowns? As Saturday Night Live’s Bobby Moynihan demonstrated this week, there’s no case of the blues so deep that a little razzmatazz can’t clear things right up. Playing “Dodo the Clown,” Moynihan takes viewers on a whirlwind tour of the greatest birthday party imaginable.

Good luck keeping a smile from your face when Dodo’s theme song starts playing and Moynihan arrives on his tricycle. His signature trick—pulling yards and yards of ribbon from his mouth—is such a delight that you’ll have to explain to your coworkers why you’re so happy at the beginning of the work week. And that’s before a special cameo from Frozen’s Elsa and Optimus Prime himself! It’s like Moynihan somehow captured our fondest, most secret birthday wishes on film. In fact, you might even feel the urge to hire a hilarious and unsuspecting birthday clown like Dodo for your next party! Just remember to put plastic down in the kitchen first, or it’ll end up being a whole thing.