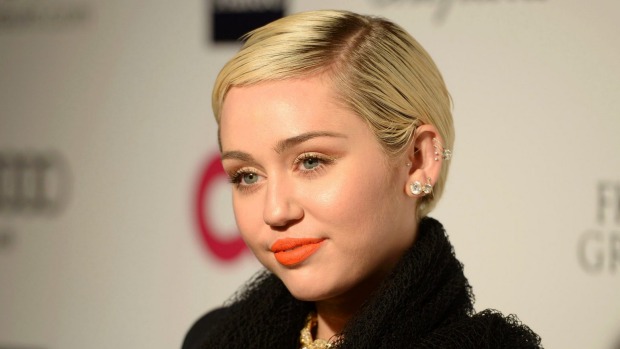 Miley Cyrus, Rosario Dawson and Suki Waterhouse are the latest celebrities  to have their private and intimate photo collections compromised by a hacking site in an incident dubbed ‘celebgate 2.0′.

The explicit images of the trio have appeared on the same X-rated hacking website that posted images of Emma Watson, Demi Lovato, Lucy Hale and Amanda Seyfried last month, according to The Sun.

According to Tech Crunch the site responsible has promised to continue their compromising leaks with Game of Thrones’ Sophie Turner and Mad Max’s Alison Brie teased as “coming soon” on the page.

According to The Sun, “dozens of images”  have emerged on the site.

READ MORE: * Miley Cyrus slams catfight over Kim Kardashian nude selfie  * Man jailed for 9 months in celebrity nude photo hack * Miley Cyrus vows never to walk a red carpet again Some outlets and social media users have pointed out that while Cyrus is known for wearing risqué outfits on-stage and posting provocative images on social media, that has no relevance.  Posting a daring image to her own accounts  doesn’t make it OK to invade her privacy. The star is yet to comment on the recent leak.

Emma Watson and Amanda Seyfried have threatened the website responsible with legal proceedings, demanding the compromising images be removed. And while Seyfried’s team were successful is enforcing the removal without making a statement, Watson’s representatives were forced to clarify that the images were taken during a clothing fitting and were not sexually explicit photographs.

A spokesperson said last month: “Photos from a clothes fitting Emma had with a stylist a couple of years ago have been stolen. They are not nude photographs.

“Lawyers have been instructed and we are not commenting further.”

Speaking about the power of the internet and social media, Watson recently told Entertainment Weekly they are “equal parts are depressing and terrifying, and equal parts are empowering and thrilling”.

Earlier this year many welcomed the nine-month imprisonment of Edward Majerczyk, the man behind the the Jennifer Lawrence and Kate Upton “celebgate” iCloud photo leak.