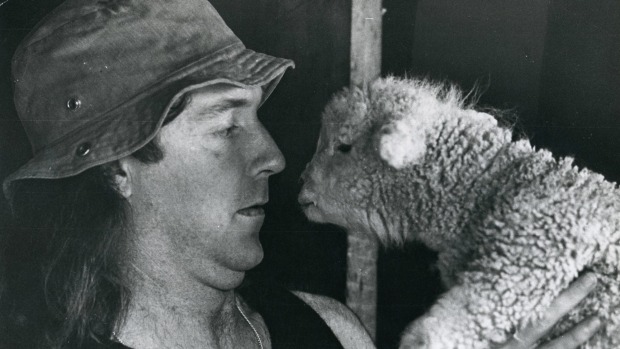 OPINION: The last straw had probably been coming for a while, but it wasn’t until recently I realised I was a woman on the edge. Forget the straw; I was set to hiff the entire milkshake over the next geographically-challenged fool that crossed my path.

It began innocuously, as these things do, with three years’ worth of various Aucklanders looking at me blankly every time I told them I was from Feilding.

Fair enough, I guess – there’s a chance you could miss all four signs pointing to the town from State Highway One (for some reason, as you drive through Rangitikei and Manawatu, all roads lead to Feilding) or you could have been asleep during the Scott Guy murder coverage.

READ MOREThe day John Clarke came home to Palmerston NorthBeing from Hamilton is a life sentenceFull stop drawn after such a Dagg Aside from having an international racetrack, a champion female secondary school rugby team, no traffic, great parks and schools, at least three safe pubs, proximity to the outdoors and being the 15-time winner of New Zealand’s most beautiful town and the home of Evermore, Feilding doesn’t have that much going for it.

I try to make it easier. “It’s close to Palmerston North,” I told one woman recently. “Oh, you mean down south?” she asks. “No, it’s in the North Island. Like two hours north of Wellington,” I reply.

Ultimately, there’s nothing overly offensive about someone using a geographical reference to Central Otago to locate your central North Island town.

There’s nothing that bad about the way these same townies refer to places like Manawatu and Taranaki as “the regions” in a voice that sounds like they’ve somehow managed the impossible and ingested their own eye roll.

It’s just that several years of these interactions really grind you down. You wind up trying to avoid the small talk. “Wellington,” you start saying, ignoring the internal tug of the traitor.

The last straw came this week. It was in the form of a sentence, written in a decade-old story about satirist John Clarke that was republished upon his death. In it, a Sydney journalist refers to Clarke’s home town of Palmerston North as “a bleak and dreary city.”

Radio New Zealand listeners were invited to send messages of support for their home town.  “The river is swimmable,” was about the best on offer, which may have been a joke – it’s actually an E-coli ridden sludge-fest rife with decaying cattle, or at least one dead cow whose existence I can attest to because I swam downstream from it in an ill-advised dip, circa 2005.

But Clarke didn’t grow up drinking turmeric lattes in Mt Eden. He didn’t hone his sharp wit on the manicured streets of Freemans Bay.

He grew up swimming among the rotting cow carcasses of the Manawatu River, and he became one of the best comedians we’ve ever had, probably because once you’ve survived giardia anything else life throws at you is a breeze.

Clarke still had a soft spot for Palmy. His old school, College Street Normal, remained in touch and was hoping to Skype him into their 125th jubilee.

When John Cleese trash talked the city in 2006, Clarke suggested naming the local rubbish dump Mt Cleese – a sign that remains in proudly in place to this day.

You can keep your flashy cities. I’ll take a bleak and dreary town any day. Clarke knew it, and we know it – they’re blimmin’ great places to live. Or at the very least, to grow up in, escape out of, and then return to when you realise you can’t afford a house anywhere else.

Michelle Duff is a weekly contributor to Life & Style.