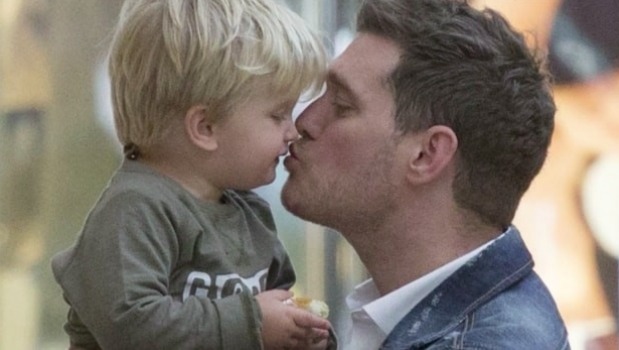 Noah Buble’s cancer is in remission, according to E!.

The eldest son of singer Michael Buble was diagnosed with liver cancer in November 2016.

“Thank God, my son is well,” Lopilato said. “When things like those that happened to us occur, your take on life changes.”

“It happened to us,” Lopilato said. “Now I value life much more, the now and the today. I would like to thank people for their support, for the prayers they said, for their love, and I want them to know that they reached us and that it helped us a lot to come through this.”

In November 2016, Buble shared the news with fans on Facebook, saying the 3-year-old Noah had been diagnosed with liver cancer.

“We are devastated about the recent cancer diagnosis of our oldest son Noah who is currently undergoing treatment in the US,” said Buble.

However Buble updated fans in February saying, “We are so grateful to report that our son Noah has been progressing well during his treatment and the doctors are very optimistic about the future for our little boy”.

The crooner and his Argentinian actress wife both announced they would put their careers on hold until Noah recovered.

The cancer diagnosis came ten months after the birth of their second child, Elias.