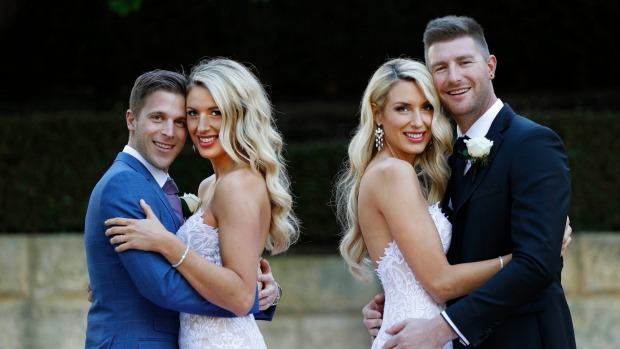 The Australian show came under fire for its pitiful rate of return of couples actually staying together after the show concludes, despite a panel of psychologists “scientifically” matching the pairs.

A spokeswoman for the Catholic bishop of Auckland said Christian marriage was “a sacred covenant”. The show trivialised marriage for ratings and did not give the couples their best chance at success, she said.

“Regardless of religious background, it is essential [that couples] are equipped with the skills and strategies to communicate effectively and to manage conflict.

“Clearly, in situations like those portrayed in Married At First Sight none of this is possible. It is quite simply a ratings-driven trivialisation of what the commitment and purpose of marriage is all about,” Bishop Patrick Dunn’s spokeswoman said.

In the show, couples underwent a faux-wedding ceremony that wasn’t legally binding.

Family First’s Bob McCoskrie said the show was cheapening marriage “all in the name of ratings and voyeurism”.

“Marriage is not a ‘social experiment’. It’s not a ‘reality show’. Getting married should never be based on ratings,” he said via a statement.

“The act of Marriage is not the ‘test period’ with the immediate option of divorce, as is offered on Married At First Sight,” McCoskrie said.

MediaWorks chief content officer Andrew Szusterman​ shrugged off moral criticism, saying: “We believe this is a viable way for people to meet and build solid relationships.”

“It is a social experiment and people are willing to take this chance because for whatever reason they have come to the conclusion they want to be matched and this is not uncommon of many societies of matching couples and the success rates of those matches are high,” he said.

MediaWorks had already launched a casting call for singles over 25.

Szusterman​ said he wanted the New Zealand show on-air before the end of 2017.