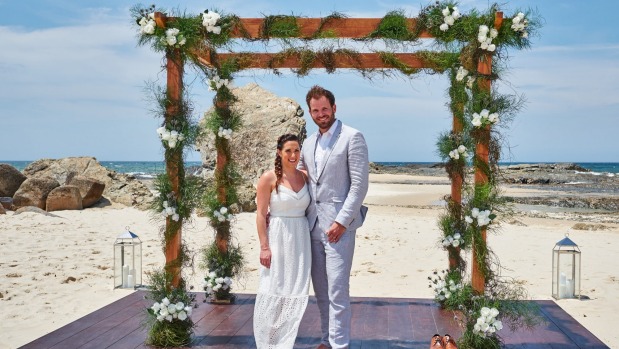 Establishing an enduring relationship off the back of a reality TV show? That’s like, so 2016. (If any year at all really.)

In 2017, what the world really wants are shows about people breaking up – or at least people on the verge of doing so.

While programmes like The Bachelor, Married At First Sight and First Dates have all sought to bring potentially happy couples together, it seems the latest international reality TV trend leans more towards keeping them apart.

Leading the charge in this is the Chilean reality show Double Temptation, which puts soon-to-be-married couples’ fidelity to the ultimate test by splitting them up and housing them each Big Brother-style with “14 attractive singletons” – which in some cases include ex-partners.

Over the border in Argentina, the sneeringly titled Marry If You Can ups the ante even further, subjecting couples to what’s described as “a five-month stag party”, complete with all the requisite temptations one might imagine would occur at such an extended shindig of that type.

(A five-month stag party? Crikey, whether or not they can still get married would probably be the least of their worries after that wouldn’t it?)

Still, at least the show’s producers have made it worthwhile for anyone who manages to make it through the five months unsullied – the winning couple gets a wedding, honeymoon and house all paid for.

Admittedly, this isn’t exactly groundbreaking stuff – just across the ditch last year we had Seven Year Switch, in which four “couples in strife” paired up with each other’s partners for a two-week live-in, all the while having no contact whatsoever with their actual other half.

The real kicker with that show was that said couples thought they’d be going on holiday and having dates together, with a bit of counselling thrown in for good measure. “We didn’t know about the switch until the very last minute,” Australian contestant Jackie Martin said at the time.

Also throwing unhappy couples into unusual situations are shows like Britain’s One Night With My Ex, which locks the two halves of a failed relationship in an apartment “for the most intense night of their lives”, and Wild Therapy, in which couples at breaking point are dropped in the wilderness with only an ex-special forces soldier-slash-life coach for company.

Yep, it’s definitely a right wonder what people will do in the name of love – and television of course.