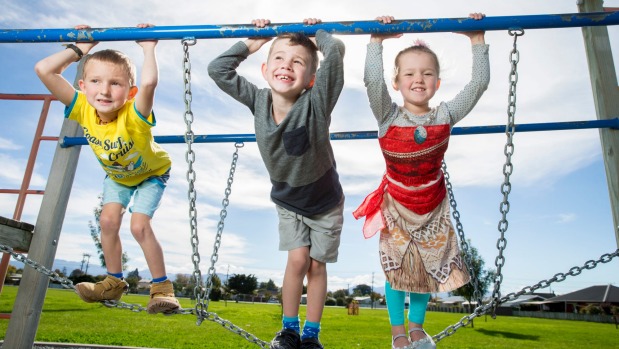 Funding for safe and modern playgrounds could be little more than a hop, skip and a jump away for Marlborough schools – if they agree to keep them open to the public.

A council committee has agreed to increase the maximum amount of funding it can contribute to school playgrounds from $8000 to $40,000.

With the cost of materials such as safety matting increasing, the increased funding will help ensure new playgrounds are up to scratch.

However, the money will be provided on the condition the community can use the playgrounds after school hours, and schools put up signs letting people know they can access the area.

Marlborough District Council assets and services committee chairman Terry Sloan said the decision was made to revisit the funding policy after Mayfield School received funding from the council for a cycle track last year.

The limit of $8000, or half the cost of the playground, whichever was lower, had been in place for more than 20 years, and the council realised it was out-of-date considering modern requirements.

Under the new policy the school would still be expected to meet at least half the playground cost.

Council reserves and amenities planner Mark Witehira said applications for funding would be managed on a case-by-case basis, through the annual plan process.

A condition in the draft policy was the playground had to put up a sign saying ‘The playground is available for community use’.

“What we don’t want to see is schools saying ‘no entry’, ‘private property’,” Witehira said after the meeting.

It was a “win-win situation” for both the council and the schools, as it allowed them both to provide better facilities.

Sloan said he felt it was already generally accepted that children in the community could use school playgrounds when school was out.

“I always used to use the local playground. If the schools have issues that’s up to them to address,” he said.

If schools agreed, Witehira said he was thinking of putting playgrounds on the council’s online Smart Maps, so people could see which ones were open to the public.

Marlborough Primary Schools Association president and Seddon School principal Tania Pringle said every school she had been involved in had allowed the community to use playground equipment.

She did not know of any school in Marlborough which excluded the rest of the community.

Playgrounds were an important part of children’s development and socialisation, so the possibility of more funding was welcome.

“It’s one thing the ministry doesn’t fund, and something schools have to fundraise for,” Pringle said.

If schools wanted playground funding they would still have to go through the council’s annual plan process, and they would not necessarily get all the funding they applied for.

Another condition was the school could not have received playground funding from the council for 15 years.

Sloan said in the past six or seven years Mayfield School was the only school, to his knowledge, to approach the council for help funding a recreational facility.

The Health and Safety at Work Act was not the rationale for increasing funding, but the added cost of making playgrounds safer, Witehira said.

Redwoodtown School principal Aaron Vercoe said he fully supported any move to increase school playground funding, but he understood his school was not eligible for funding because it was so close to Oliver Park.

In the draft policy there was a condition the playground would not be funded if there was a nearby reserve area – unless the council considered the school was a better playground site.

The council committee unanimously voted to adopt the funding increase, a decision which has to be ratified by the council next month.