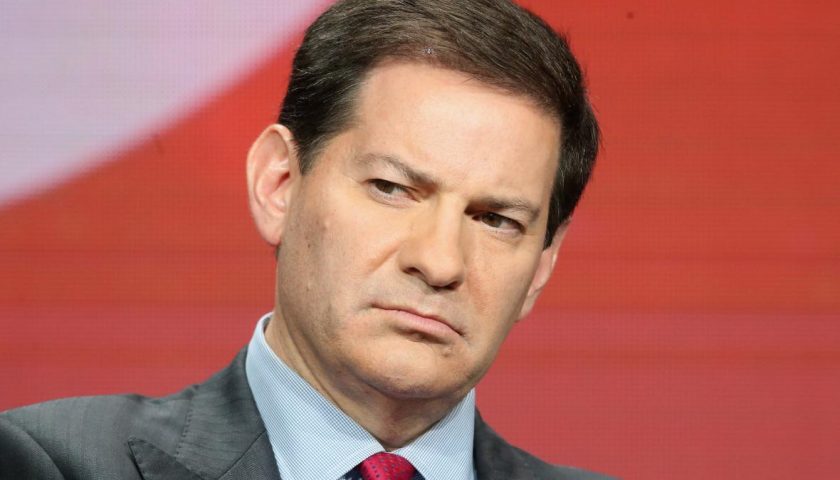 Adversity reveals character, they say, and as United Airlines has been reminding us recently, if you want your character revealed, buy an airline ticket. But in air travel as in life, the kind of adversity you’re likely to encounter varies greatly depending on how much money you have. So while people in the cheap seats get “re-accommodated” until the blood streams down their faces, the Mark Halperins of the world have slightly less relatable problems. Take, for example, this tweet Halperin sent late Friday night, apparently believing it spoke for itself:

A picture may be worth a thousand words, but when those words are “I do not like meeting dogs who wear bow-ties on airplanes,” it’s probably worth elaborating. Otherwise people might assume that you’re the sort of person whose initial reaction to an encounter with a happy-looking dog wearing a bow-tie is not delight, or even “I’m more of a cat person,” but “Let me speak to a manager!” Even worse, it could indicate that you believe that the vast majority of other people feel the same way you do about smiling, bow-tied dogs. You might say that a person who tweeted their disgusted reaction to a dog in a bow-tie had a very flawed understanding of the conventional wisdom about dogs, bow-ties, and air travel.

Halperin seems to have realized that “too many adorable dogs in bow-ties” was not high on most peoples’ list of problems, and tweeted the following clarification:

But this only raises more questions! Is he saying that an emotional service dog was moved to first class because of a lack of space in coach, but the dog’s owner was not? It’s possible to imagine a sequence of events where something like this could occur; Delta’s policy says that they may need to “re-accommodate” passengers if their service animal “encroaches on other passengers or extends into aisles.”(It also specifically says that you can’t have an emotional support animal with tusks, which we’d definitely like to hear more about.) But if Halperin’s explanation—a service animal was moved to first class without its owner—is correct, whose knees are in the photo? Clearly someone is sitting with the dog, so who? Did Delta ask for volunteers in first class to share their seat with a friendly, bow-tie-wearing dog? If they did, and someone said yes, who is really losing out in that transaction? And most importantly, if all these possible-but-unlikely events coincided in a way that revealed to Halperin that Delta was mismanaging service animal seating arrangements, how the hell did Halperin think Delta’s customer support people would understand what he was complaining about? There’s no information in his tweet that would indicate any facts about the bow-tie wearing dog on his flight other than “There was a dog on my flight, wearing a bow-tie.” This explanation gets a C- for Style and an F for substance, for an overall grade of A—our lowest grade ever.