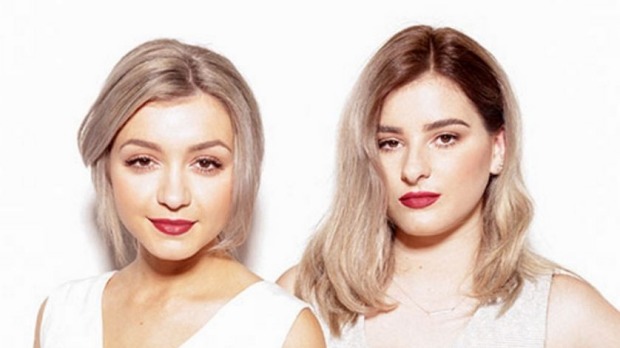 In a recent social media message to their fans the pair announced after two years together they were separating, revealing Hamilton’s Hannah Cosgrove was leaving to “pursue other adventures”.

Taranaki singer Abby Christodoulou would continue under the Mae Valley brand, it read.

The women shot to stardom after being teamed up on the second season of The X Factor New Zealand in 2015.

When the show ended the pair signed with Sony Music, released their debut self-titled EP this year, and followed up their first single Brightside, with their new single Glitter.

Last year, the duo, who often speak of the genuine friendship they developed after being thrown together during the singing competition, completed a seven-stop tour of New Zealand.

Days before their recent unexpected split the music video for their single Turns Out was released.

In an emailed statement Christodoulou confirmed Cosgrove had left to pursue “different avenues”.

While not disclosing the detail of those other paths, Christodoulou said the two remained friends.

“Hannah and I are still really good friends and will forever support each other in our new adventures,” she said.

“This is definitely not the end for us musically and there is no denying that we will both be the first to buy a ticket to each other’s shows.”

Christodoulou would continue on with Mae Valley and said she was currently in the process of re-branding and working on new material.

“I cannot wait to share the exciting things I have planned for the near future.”

They are both incredibly talented solo musicians in their own right, he said.

“I’m confident that they both have a promising road ahead as individual artists,” he said.

Mae Valley is not the first manufactured music group to fall a part.

Paving the way for fabricated, reality TV driven pop groups, True Bliss was born out of the series Popstars in 1999.

The five women, Joe Cotton, Megan Alatini, Carly Binding, Erika Takacs and Keri Harper, released their debut album, Dream, not long after getting together. Both the album and single, Tonight, topped the charts with platinum sales but only a year later the group broke up.

Where are they now?

* New Zealand Idol 2004 winner Ben Lummis has continued to release music throughout the years while working various day jobs such as music tutoring and as a youth worker.

* These days, winner of New Zealand Idol 2005 Rosita Vai is also known by her married name, Rosita Gibbons. She now lives in Sydney with her husband and last year she released a new EP, Everything’s Rosie, and was an award finalist at the 2016 Vodafone Pacific Music Awards in the female artist category.

* New Zealand X-factor 2013 winner Jackie Thomas went on to release multiple songs, including Stars and her most recent Until the Last Goodbye. She was the opening act for Ricky Martin’s New Zealand tour in 2015.

* Beatboxer and singer Beau Monga, son of Betty-Anne and Ryan Monga of the group Ardijah, won New Zealand X-Factor 2015 and released a self-tilted album that same year. In late 2016 he appeared in Hamilton District Court for allegedly assaulting a woman, just days after performing at an anti-violence campaign.

* Perhaps the most relevant winner of a television music competition was Stan Walker who won Australian Idol 2009. The Australian-born New Zealand recording artist has released a multitude of albums and hit singles, won an array of awards and has branched out into acting.