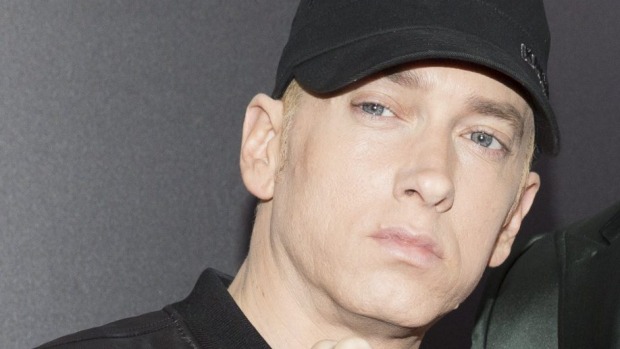 One of the creators of the hit Eminem song Lose Yourself has given a live performance during a Wellington court case over copyright infringement.

Jeff Bass – with his trademark diamond ear studs – played the opening guitar riff he composed for the song.

He was asked if he thought Eminem Esque was musically inferior to Lose Yourself, and replied: “Given it’s a blatant rip off, yes.”

Bass was in the High Court at Wellington on Tuesday giving evidence in the Lose Yourself copyright holder’s case against the National Party allegedly using a strikingly similar piece of music in a 2014 campaign advert.

Bass, from Michigan in the United States, was credited with writing the Oscar-winning Lose Yourself along with rapper Eminem and Luis Resto.

Bass said he would never have given his permission for the work to be used in the National Party’s advert and, based on his close relationship with the other writers, he was sure they would not have either.

“It’s like Lose Yourself lite. It doesn’t taste so good though,” he said.

“The feeling of what this gentleman did does not feel like me playing Lose Yourself. It resembles it.”

Bass described the slow process of writing Lose Yourself, which was first released in about September 2002.

Outside court, Bass said he thought his evidence had gone “pretty well”. He had given evidence before in copyright cases but not to the same extent as he did in Wellington.

Earlier, the court was told by an Australian expert that licensing music to be used in a political advert was much riskier than for a product or service purpose.

Matthew Donlevy, who gave evidence via audio-visual link from Sydney, said reluctance to allow music to be used in adverts can sometimes be overcome by raising the licensing fee copyright holders charged for the use.

Donlevy said he had been involved in many negotiations over licensing the use of music and the fees charged. The fees were confidential but they varied depending on factors such as how the proposed use might affect future uses, whether the creator supported the use, and where it was intended to be used.

Some creators or copyright holders would never allow music to be licensed for adverts.

A music expert told Justice Helen Cull the song used in the National Party advert was strikingly similar to Lose Yourself in all its essential features.

Andrew Ford, also giving evidence from Sydney, said he was led to the conclusion that Eminem Esque was copied from Lose Yourself.

Under cross-examination, he said the creator of Eminem Esque had introduced subtle differences, so the two pieces of music were not identical. But the parts used in the National Party advert were all in Lose Yourself.

“I can’t conceive in any way Eminem Esque was created without close recourse to Lose Yourself,” he said.

The National Party and its manager/secretary, Gregory Hamilton, are being sued. Eminem is not a party to the case.

The lawyer for the copyright holder says the campaign advert was used on television more than 180 times in 2014 between August 17 and 30.

When the party was warned about the copyright claim and the advert was redone using other music.

The court has been told that, after a series of deals, the copyright to Lose Yourself was part-owned by US company Eight Mile Style. Some of the ownership arrangement was said to be confidential.

Another US company, Martin Affiliated, had the right to negotiate licensing deals and take action over copyright infringement.

The company’s principal, Joel Martin, said the National Party would not have been permitted to use Lose Yourself for any amount of money.

The National Party’s lawyer has told the court that the original aspects of Lose Yourself needed to be assessed. The song’s originality lay in its melody, and that was not part of the Eminem Esque track, composed by Michael Cohen.

Copyright infringement could not be proved by the name Eminem Esque, lawyer Greg Arthur said.