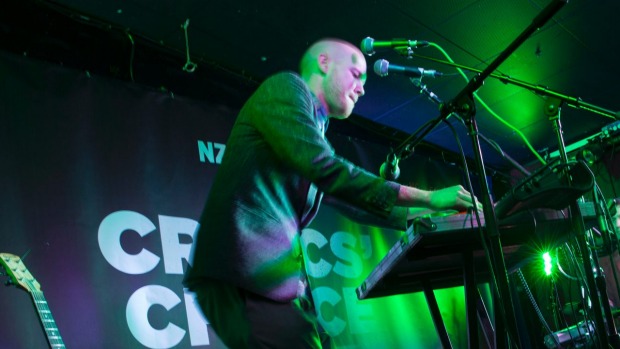 If You’re Born On An Island The Ocean Heals You

Already well-recognised for his work with the now defunct Urbantramper and the very much alive Wellington Sea Shanty Society, Lake South’s debut solo album If You’re Born On An Island The Ocean Heals You is everything we have come to expect from the Silver Scroll nominee and Critics Choice Finalist.  The biggest surprise comes early on the opening track Warmth/The Akaroa Road, where South uses a vocoder to give his voice an eerie “warmth” before bursting into a natural vocal about the power of nature to heal broken hearts while riding along a wave of synthesisers that are reminiscent of ex-Tangerine Dream’s Christopher Franke.  Highlights include Renters, a politic and personal song about the cost of renting, Binge Drinking & DH Lawrence, featuring Nadia Read, is pretty much self-explanatory and the slightly melancholic Good Keen Man. South is in France and on his way to Canada.  Better be home soon. Mike Alexander

My Heart Is A Beating Drum

Basslines buck and thud. Drumbeats stutter and smack. The latest vinyl release from Wellington’s sonically adventurous Rough Peel Records, this fine EP showcases four tracks of tough, funk inflected dancefloor techno with designs on your hips. The nom de disque for his solo electronic production work, Cave Circles is not what listeners might expect from Riki Gooch, best known for the semi-acoustic bro-soul flavours of early Trinity Roots. Propulsive and relentless, this is club music with not an acoustic instrument in sight, the melodies pared down to clipped synth phrases, the tempos elevated and adrenalising. It’s the sound of a skilled drummer bending cold circuitry to a warm human purpose, generating the kinds of skittering, hypnotic beats machines make so well.

Happy accidents about, the result of a faulty Drumtrax throwing out unpredictable cyborg beats that have been embraced and enhanced. Highlights? Azmoni throbs and percolates like a prime Moodymann track, LLVLLC is minimal tech-house with a cunning march beat, and the title track grafts jazz synth stabs onto bumping sub-bass, like an Aro Valley beatnik version of Detroit techno. Limited to 200 copies in hand-painted sleeves, so get in quick. Grant Smithies

For his 21st solo album, Robyn Hitchcock seems to be having lots of fun just being Robyn Hitchcock.  Since the trippy folk troubadour moved to the US and signed with Yep Roc, he’s bought a harder edge to his warped tales of everyday life (Mad Shelley’s Letterbox) and highly intense imagery (Sayonara Judge).  That edge is courtesy of some of Nashville’s finest and harmony vocals from as unlikely sources as Wilco’s Pat Sansone, Gillian Welch and Grant Lee Phillips. There’s always  a surreal killer on a Hitchcock album and that is I Want To Tell You About What I Want, a highly melodic song about empathy, DNA and evolution which wryly suggests is the answer to people like Donald Trump. Mike Alexander

Easily one of modern metal’s most consistent groups, Mastodon’s broad and stellar back catalogue is heavy music at its finest. Emperor of Sand utilises the heavy riff driven elements the Atlanta group is known for, except the songwriting itself doesn’t always stand up. The vocals and hooks often feel insipid and derivative of better previous works such as 2011’s fantastic The Hunter. Lead single Show Yourself is the band’s approach to Queens of the Stone Age-esque heavy rock and it works well, but doesn’t really take the band into the fresh and formidable territory you feel is due. Hugh Collins