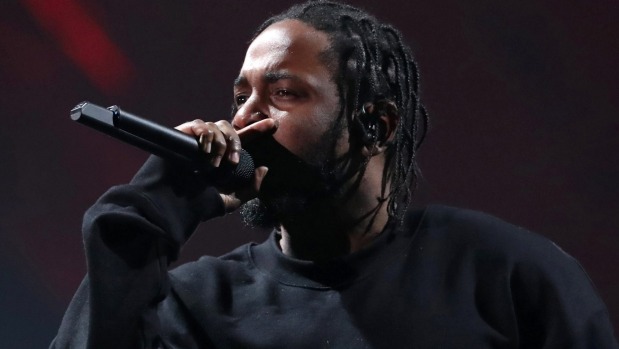 Compton’s Golden Boy has done his magic again, even with the weight and expectations of two superb back-to-back records behind him. Damn is an absolute treat which contains Kendrick’s adored vocal tricks and traits while pursuing a more mainline production feel. Where 2015’s To Pimp A Butterfly had heavy jazz, soul and funk influences, Damn goes for more accessible instrumentation. But don’t get the wrong idea, this is absolutely no sell out record. LOVE for instance may be a pop tune but its melodies are soul-wateringly good. Lead single HUMBLE is set to become an anthem with its hugely infectious hooks and big party-esque production. A shocking appearance from U2 (yes, Irish rock overlords U2) works surprisingly well on XXX with Bono’s voice proving effective. Damn may appear less ambitious than its predecessor but this is clearly not about attempting to crack the upper top 40 as this progression sounds purely natural for Lamar. While some may think it’s more watered down from the intensity of TPAB, it’s hard to imagine his alternative and “hipster” fans being completely turned off. This is modern hip-hop songwriting at its finest. Long live King Lamar.

The seminal Scottish alt-rockers return for the first time in 19 years with a classic Brit-rock flavour. Damage and Joy has plenty of retro hooks and progressions fronted by longtime singer Jim Reid. Guitarist William (brother of Jim) carries the guitar driven sound with riffs that are rudimentary yet effective. Largely known for their groundbreaking 1985 release Psychocandy, their latest  is a far cry from that pioneering noise-pop sound. But the songs here are bright and memorable. Tracks such as War On Peace and Always Sad have a conventional classic rock feel. With 30 plus years behind them, the Jesus and Mary are clearly aware they’re not going to reinvent the wheel but instead craft a record that’s accessible, catchy and upbeat.

Long a darling of the Wellington music scene, Thomas Oliver’s career received a huge boost when he won last year’s APRA Silver Scroll award for If I Move to Mars. Now he’s a star on the national stage, not just in the capital, and Floating in the Darkness is his chance to show what he’s got. One thing that’s immediately obvious is that there are two sides to Thomas Oliver. There’s Oliver the powerhouse musician, whose delicate, gorgeous slide guitar playing is a thorough delight. Then there’s Oliver the songwriter, decidedly more of a mixed bag. If I Move to Mars, which is present on this album, was a controversial choice as Silver Scroll winner. It’s not hard to see why: it simply isn’t that good. The problems with the album’s hit single mirror those of the album as a whole. Though there aren’t many flops – there’s nothing really bad, per se – a lot of the songs are just a bit too smooth, a bit too anonymous. There are exceptions. Annoying pronunciation aside, Budapest is Beautiful is a lovely, affecting breakup song, while the ten-minute Boy opens out gloriously. Unfortunately, though, little else truly sticks out.

Recently, Mark Lanegan declared he was a better songwriter than he was 15 years ago. It’s a strong statement. The former Screaming Trees frontman has been around a long time, so if he says he’s in the songwriting form of his life, it means something. It shows, for Gargoyle is a fine, fine album. Its sound is a perfect mix of grunge, ’90s heaviness and Dark Star-era Bowie. Songs such as Nocturne and Blue Blue Sea crawl along with a restrained, dark power, while Closer Old Swan evokes LCD Soundsystem’s All My Friends, except heavier (and just as glorious). There are even quiet, sweet ballads mixed in too. One of Lanegan’s finest efforts.