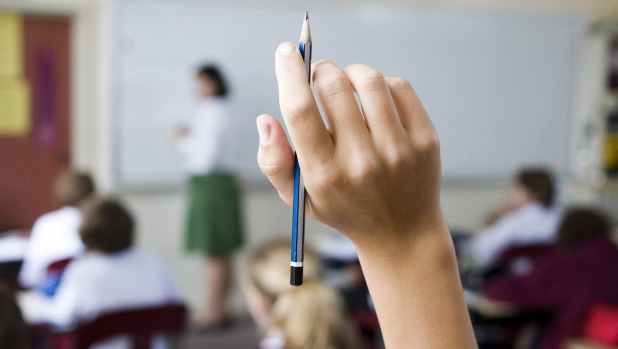 Boozed-drivers, benefit fraudsters and violent convicts were among those not only charged in court – they were charged with teaching children.

Dozens of Waikato teachers with criminal convictions, 76 since 2012, have been referred to the Education Council.

And of that number, only four have been struck off the register.

But a dean of education says given there are more than 100,000 registered teachers in New Zealand, the number of convicts was relatively small.

There are three ways to check if a teacher has a conviction; during a police vet done every three years, through a court registrar or if a teacher self-reports.

Although Cooper said she’s confident most teachers are honest, some do not report their convictions.

“We only have one or two students every year that don’t do it,” Cooper said.

“But mostly that’s because they don’t realise they have a criminal conviction – like drink-driving.

“It’s not until they apply for their registration and it comes to the attention of the council.”

Information released under the Official Information Act shows there were 19 criminal convictions for Waikato teachers in 2012 – 15 were for alcohol or drugs.

From January 2013 to February 2017, there were 26 alcohol or drug convictions, 24 driving convictions, three for fraud or dishonesty and two for violence.

One charge was unspecified and one teacher was convicted on a raft of charges which included aggressive behaviour, physical handling, offensive behaviour, violence, sexual behaviour or contact.

The more serious convictions, such as fraud, violence and sexual behaviour, were referred to the disciplinary tribunal.

Of the six teachers referred to the tribunal, four had their registrations cancelled.

The council’s teacher practice manager Andrew Greig says the council deal with each teacher on a case-by-case basis.

He said the only convictions that are required to be reported are those which have a possible penalty of three-months or more imprisonment.

“It would be very difficult for teachers to get through unnoticed [if they had a conviction],” Greig said.

Manager of vetting services for the New Zealand Police, Senior Sergeant Bruce Mackay, says the police vetting service is not notified of a teacher’s conviction unless they receive a vetting request from their employer.

“Police run monitoring for all checks that are carried out under the Vulnerable Children Act (VCA), which includes teachers.”

But the monitoring is something police do as a voluntary option, says Mackay.

“Monitoring alerts police to any new active charges or convictions for specified offences under the VCA that have been entered since the vetting check was done.”

If a teacher is found to have a conviction or is going through the court process, police first confirm the teacher is still working in that role and then give them an opportunity to tell their employer before police do.

Cooper it would be silly for a student teacher not to disclose convictions.

She said for the less serious crimes, she interviews the students and prefers to get a “full picture” before she decides whether or not they can continue studying.

“Drink-driving is definitely not condoned but I prefer to look at their circumstances; their age and why they did what they did before any decisions are made. You don’t know what’s going on in people’s lives,” Cooper said.

“People make mistakes, even teachers, so the whole picture needs to be considered.”