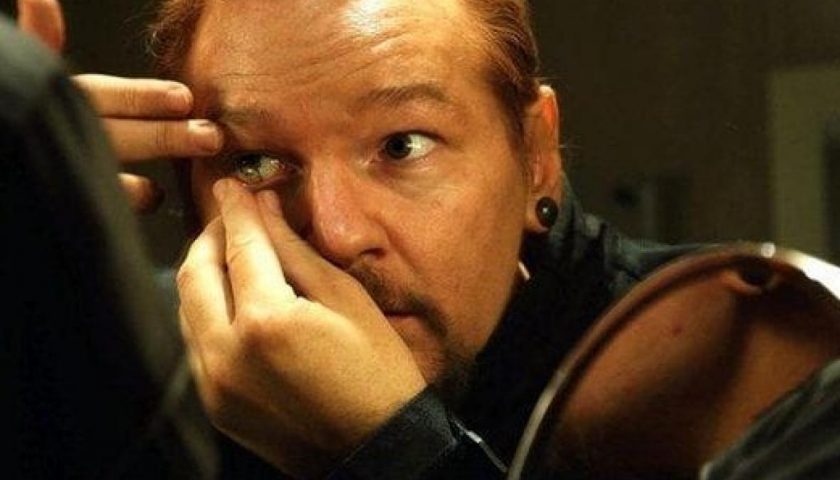 When it debuted at Cannes last year, Laura Poitras’ Risk was widelyc described as a sympathetic portrait of WikiLeaks’ Julian Assange. If the film didn’t “yield to hagiography,” it was nonetheless an “activist documentary” that made “an overwhelming case for Assange as a political prisoner.” A skeptical review in the Guardian praised the film for asking Assange tough questions but only during a brief section when he’s being interviewed by Lady Gaga.

A Cannes premiere, especially for an Oscar-winning director’s next movie, usually lays the groundwork for a run at the fall festivals—Telluride, Toronto, et al.—but Risk was conspicuously absent from the festival circuit, and now we know why. Although the Cannes version was presented as complete, Poitras has continued to work on the movie, incorporating material about Assange and WikiLeaks’ role in the 2016 U.S. presidential election, and what a press release describes as “the soon-to-be-completed film” is now slated to be released this summer, first in theaters and then on Showtime.

The first trailer for the film, which debuted on Showtime after the Homeland finale last night, provides further evidence that Poitras continues to wrestle with her subject. “This is not the flim I thought I was making,” she says in voice-over, after we hear a representative from Assange’s office place an “emergency” call to Hillary Clinton. “I thought I could ignore the contradictions. … I was wrong. They are becoming the story.”

Given that WikiLeaks’ behavior during the election cast serious doubt on its stance as a neutral clearinghouse for information, a searching examination of its role is long overdue, and Poitras’ willingness to hold onto the movie and take account of new information is a very promising sign.