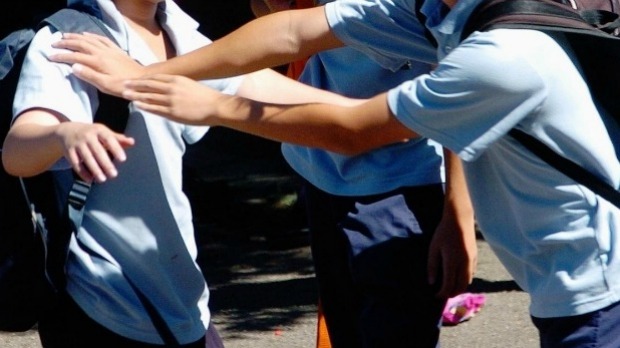 Fifteen-year-olds in New Zealand are reporting the second-highest rate of bullying out of 51 countries – a statistic the Children’s Commissioner has blasted as “utterly unacceptable and deeply disturbing”.

The finding is included in the third volume of data to be published from the OECD’s latest three-yearly survey as part of the Programme for International Student Assessment (Pisa) carried out in 2015.

Survey answers from New Zealand showed just over a quarter  of the students taking part reported being subject to some type of bullying at least a few times a month.

READ MORE:
* NZ improves in international rankings for reading, maths, and science
* Comedian opens up about bullying
* Mother’s fears for her daughter’s life
* Living with the consequences of bullying

Pisa considered just under one in five  New Zealand students as meeting the criteria  for being described as frequently bullied, compared to the OECD average of 8.9 per cent.

Among the Kiwi students, 12.8 per cent reported being left out or having students spread nasty rumours about them, and 17.4 per cent said other students made fun of them.

“It’s utterly unacceptable and deeply disturbing to see the relatively high rates of reported bullying, relative to the rest of the world,” Becroft said.

Asked whether he thought the report gave a fair indication of rates of bullying in New Zealand compared to other countries, he said it was a fair question but he was not a statistician and could not comment on that aspect of the survey.

“We have to start from the fact that’s what New Zealand children are saying,” Becroft said.

The Pisa programme was reputable and did say that by and large New Zealand was doing “pretty well” in terms of student wellbeing. “Kids are engaged, motivated to be engaged, and supported in their achievement in school.”

But the rates of reported bullying should perplex New Zealanders and cause us to ask why they were so high. “That’s a question for the whole country,” he said.

“Taking the figures at face value, perhaps there are echoes there of our high rates of domestic family and inter-personal violence that very often take place in the context of families and in the presence of children. That may be behaviour that’s carried over into the playground and classroom.”

High rates of youth suicide might also be another face of the same statistics.

Work was being done to tackle bullying, Becroft said. “There is something of a sea change going on in the schools in terms of making it absolutely acceptable to report bullying, and to make bullying something known as unacceptable.”

The Pisa report acknowledged rates of bullying prevalence varied “greatly” across studies. That reflected differences in assessment approaches, as well as differences across contexts and cultures.

Pisa said that for its report, the incidence of bullying was based on reports from the victim’s perspective.

Data already published from the 2015 assessment last December showed New Zealand improved its international ranking in maths, science and reading. That was based on test results from 4500 New Zealand 15-year-olds at 183 schools.

For the section on bullying, an index was developed based on students’ reports of their experiences of the six types of bullying described – being left out, made fun of, being threatened, property taken by other students, being hit or pushed around, and having nasty rumours spread about them.

New Zealand’s index score was 0.61, while the OECD average was set at zero. Latvia had the worst index result, while Australia was fifth-worst, the United Kingdom was sixth-worst, and Canada was seventh-worst. Least bullying was reported from South Korea, Turkey, Montenegro and Chinese Taipei (Taiwan).

Bullying had serious consequences for bullies and victims, the Pisa report said.

“Adolescents engaged in bullying as perpetrators, victims, or both are more likely to skip classes, drop out of school, and perform worse academically than schoolmates who have no conflictual relationships with their peers.”

They were also more likely to show symptoms of depression and anxiety, low self-esteem, to feel lonely, change their eating patterns, and lose interest in activities.

Bullied students tended to feel unaccepted and isolated. To reduce their exposure to bullies they often didn’t take chances to make friends or take other opportunities that could help them become better integrated with their schoolmates.

Some other results from the New Zealand survey:
* 72 per cent felt anxious before a test, even if well-prepared
* 50.7 per cent were very tense when they studied
* 73.7 per cent felt they belonged at school (near the OECD average)
* 88.8 per cent said they spoke to their parents after school
* 92.3 per cent said their parents were interested in their school activities
* 45.2 per cent expected to complete a university degree
* Students reported an average of 163 minutes on the internet on weekdays outside of school, and 196 minutes on weekend days