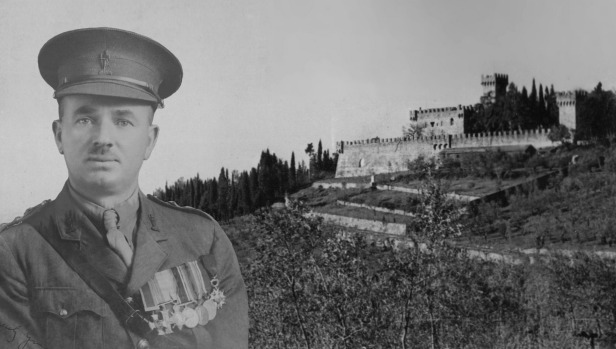 The unique and almost ridiculous story of how two Kiwi officers escaped an Italian war camp in World War II is about to be turned into a Hollywood movie.

The movie, adapted from the book Castle of the Eagles: Escape from Mussolini’s Colditz, follows the lives of 14 British and Commonwealth officers, including Southland Brigadier James Hargest and Brigadier Reginald Miles, from Canterbury, while they were held prisoner in an “escape-proof” war camp in Italy.

The book, written by UK-based aurthur Mark Felton, is based on true events and was written using official documents and personal memoirs of the officers involved.

Felton said the story of the officers’ escape was unique and bordered on ridiculous.

The war camp, in Vincigliata Castle near Florence, Italy, held 14 of the most senior officers captured in World War II.

The group was constantly hatching escape plans, many of which failed, he said.

From leaping over the castle walls using ropes to hijacking a plane, they never gave up, he said.

“They were isolated and very well looked after by the Italians. They were shocked when they kept trying to escape.”

Some of the situations were absurd, Felton said.

After several escape attempts, the Italian soldiers, posted at the war camp, contacted their superiors officers and requested backup.

Rome responded by sending them a machine gun.

“They only problem was, no one there knew how to assemble it.”

“They ended up asking the imprisoned officers, who were more than happy to help and put it together leaving several important springs out making the gun useless if the Italians ever did try and use it against them.”

Hargest and Miles were a very important part of the story, Felton said.

“They were two officers who successfully escaped using a tunnel that took seven months to dig.”

After escaping the prison the pair travelled through occupied Europe using trains and on foot.

“The people tracking them were only one step behind them the whole way.”

Once safe in Switzerland they were impressed by the Swiss army who contemplated sending them back to the war camp.

The multinational media distribution company Entertainment One bought the rights to the story early on, Felton said.

“I had only written the outline and four chapters and it went straight away.”

The movie was still in its early stages and he wasn’t able to comment on who might be cast in the film.

“It would be great to have New Zealand actors in the cast.”

“I hope to be able to make some announcements soon.”

He was meeting with script writers next week and hoped the film would be finished production and ready for release in two years.