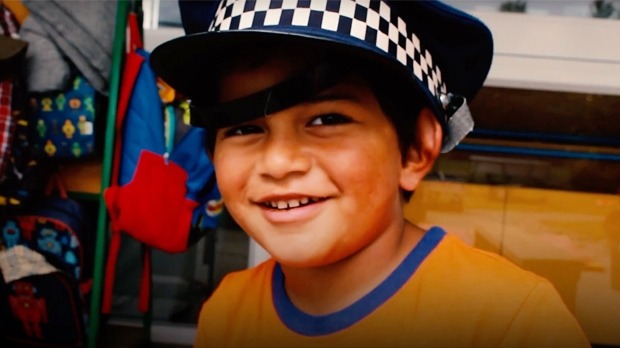 At 189 cm, 19-year-old Nathaniel Sulupo is hard to miss. He’s not only a Kiwi shot put and discus champion, he’s also a teacher aid to two autistic boys at Moera Kindergarten in the Hutt Valley – a rising star on and off the field. He spoke with UNICEF NZ.

I’ve had a rough-ish life, I guess. I couldn’t understand why I didn’t have a Dad and the other kids did. I was really chubby, with little-to-no muscles, but sport allowed me to let my emotions out and helped me calm down.

Shot put and discus are my main events, it was when I started training that I started to get good. I’ve competed at the World Junior Champs, the Youth Commonwealth Games and I’m now third in the country for Senior Men.

My coach thought I was good enough to become a coach for younger kids. It was then I realised that working with kids is what I really enjoy and something I’m passionate about, so I plan to pursue a teaching career.

READ MORE: Why Stuff is working with Unicef NZ

For the last year I’ve been a teacher aide at Moera Kindergarten. It’s a shock for me to see how many autistic kids and kids with disabilities don’t get the help they need.

Adam and I bonded right from the start. He is very musical and loves playing the drums with me. Even though he’s autistic, he still has his own way of learning. I’ve learnt to just watch him rather than telling him what to do. He gets things done in his own time.

Adam gets very frustrated. He likes to scream and let everyone know that he’s not happy with how things are going. Because he’s not verbal, he will try hard to find a way to communicate with us.

I just want people to not belittle kids with special needs. Adam is a very bubbly person, he likes dancing and clapping. It would be cool if people got to see that side rather than just the autism. Once you see past the autism and see the personality, it’s awesome.

I brought some really small discuses to the kindergarten so the kids could learn how to throw them. At first, they didn’t really know what a discus was but then they’re like “whoa, that’s cool, whatever that thing is!”

Athletics is a mental sport, and discus is a bit like life. You’ve just gotta keep pushing through. If you have a bad throw, you can’t let the negativity get you down.

If you persevere through that wall of struggle, you can always beat it and you can always better yourself. Even if you throw a good throw, there’s always room in the tank for you to throw more. It’s all down to whether or not you believe in yourself.

Sport also teaches kids to persevere – you’re not always going to get what you want in life.

I’ve noticed that when kids can’t do an activity, they’ll keep trying until they can. It’s such a cool thing to see in such a young age, to see how strong-minded they are instead of just giving up. Sometimes they need a bit of guidance to keep going, but everyone needs help at some point.

Many families in this area are in low paid jobs and some of the kids come to kindergarten without any lunch, or they haven’t eaten breakfast. Healthy food prices are going up and unhealthy foods are getting cheaper. That has a huge impact on this community, especially on the kids here. Our Government needs to do more because our kids are really suffering.

I had a lot of coaches who became role models to me. They helped me as I was growing up from a boy to a man and made me who I am today.

I have a lot of people to thank. Now I want to give back.

This article was supplied as part of Stuff’s partnership with Unicef NZ. Unicef stands up for every child so they can have a childhood. Find out more at unicef.org.nz