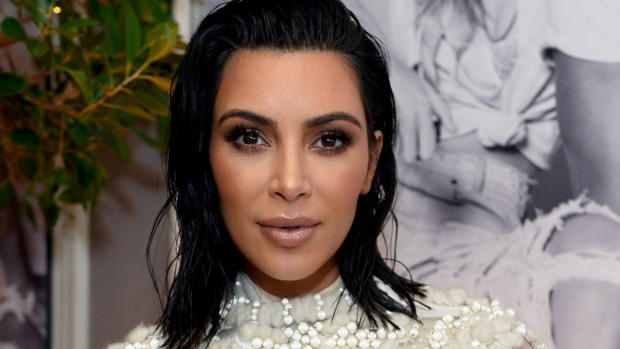 OPINION: Last Thursday Kim Kardashian West caused a small storm of umbrage when she tweeted that she was glad to have lost 6 pounds – 2.7 kilograms – thanks to the flu.

“The flu can be an amazing diet. So happy it came in time for the Met lol #6lbsdown”.

Response to her light-hearted observation was swift and righteous: some outraged Twitter users condemned her for making light of what can be a life-threatening illness, while others called her irresponsible for promoting such an unhealthy weight loss technique. Some even pointed to her daughter, demanding she set a better example. The fury was enough for Kim to delete the tweet, which I think is a shame.

Allow me to explain. The inclusion of a “lol” in there should illustrate to anyone that Kim didn’t contract the flu in order to lose weight. It shouldn’t have to be pointed out that she is simply celebrating the silver lining of an illness, but I guess it does because so many offended tweeters appear to be allergic to nuance.

Speaking anecdotally, almost every woman I’ve ever known, no matter their size or shape, has been grateful for one thing after a tummy upset – weight loss. Because… patriarchy, unrelenting beauty standards, etc. Now, add an important party to the mix.

The Met Gala, which will be held on May 1, is the most important fashion night of the year. Hosted by Anna Wintour – who once told Oprah Winfrey she had to lose 10 kilograms to appear on the cover of Vogue – it’s an event you can bet even the supermodels will be wearing Spanx to.

Are we really surprised that one of the most photographed women in the world, known and adored for her transparency, should jokingly admit that she feels pressure to look a certain way?

But this is the crux of all celebrity upkeep: the achievement and maintenance of one’s body must appear so effortless it borders on accidental. It’s strange that these celebrities, whose bodies require strict adherence to diets, exercise and, often, surgeries, to look a certain way, then have to pretend that they’re only dabbling in discreet acts of health or risk being labelled “irresponsible” or “antifeminist”.

Meanwhile, male celebrities get to have their cake and eat it too, if you follow my convoluted metaphor. In an interview with NYMag earlier this month, Andrew Rannells, who played Elijah on Girls, spoke about the attitude of body acceptance on set.

“I’m not on a [super hero show] where I have to be taking water pills and fasting for a week; I just have to be a normal guy. I didn’t have to look perfect, so I was like, All right, I’m just going to forgive myself if I’m not as lean as I could be.”

Did you notice something? Here’s an already lean celebrity making a light-hearted remark about the pressure actors are under to achieve an almost impossible body goal. And yet, because he was male, nobody accused him of being irresponsible.

But there’s more. Chris Pratt is an action star these days, and he’s unafraid of showing his 10.8 million followers on Instagram the hard work he has put in to maintaining his shape. While on the set of Jurassic Park 2 he regularly documents via video his snack for the day. He sings about the measly portions he eats, cynically munching on pre-packaged sashimi that he labels “cat food” and seaweed, that he pretends to find delicious, admitting that if he doesn’t eat these “tiny” servings like “a good boy” he’s out of a job.

Men get to enjoy a comfortable distance between their body and their overall identity because, unlike women, who must inhabit the aggressively patriarchal space that is celebrity, they are not defined by how they look.

Jennifer Lawrence complained once on the Oscars red carpet that she was starving, because she “didn’t have a chance to eat” but that’s about as close as the public gets to knowing just what exactly high-powered female celebrities are doing to look the way they do.

The reason is our wonderfully iconic “bad ass” actresses don’t want to look like they’re victims of the industry they’re working for. The current flavour of feminism is being co-opted by Hollywood, and that means actresses have to appear super empowered, especially when it comes to body image.

Speaking on a Swedish talk show last month, Emma Thompson dared to utter the truth. “Actresses who are into their 30s simply don’t eat,” she said. “There was a wonderful actress I was working with on [the 2008 film] Brideshead Revisited, and the producers said, ‘Will you lose some weight?’

“And I said to them, ‘If you speak to her about this again on any level, I will leave this picture. You are never to do that.’ It’s evil what’s going on out there and it’s getting worse,” she added.

Female celebrities are not only under pressure to sustain an almost impossible body standard, but they must also keep quiet about the lengths they go to in order to get it. It’s like visiting a lowly servant and having them claim they enjoy being master of the house. Famous women like Kim Kardashian West are already under enough scrutiny. Let’s give them the liberty of at least being able to voice that truth.