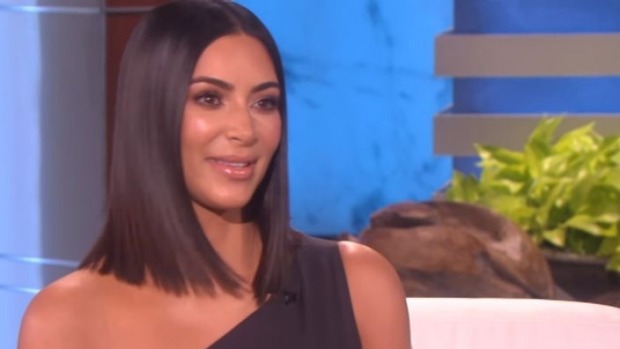 Kim Kardashian says the brutal robbery in Paris was ‘meant to happen’, and it’s changed her for the better.

In a tearful interview with Ellen DeGeneres on Thursday’s Ellen Show, Kim Kardashian opened up about the aftermath of her traumatic robbery during Paris Fashion Week in October 2016, when thieves broke into her posh Paris apartment, held her at gunpoint and stole more than US$10 million (NZ$14m) in jewellery.

DeGeneres brought up the crime in an emotional exchange with the Keeping Up With the Kardashians star. “I don’t know that everybody understands how horrific that experience must have been for you,” DeGeneres said.

Kardashian nodded. “I feel like that was so meant to happen to me,” she said of the attack. She started to cry. “Like, I’m such a different person.”

The shocking attack made headlines for weeks, as the perpetrators of the highly coordinated heist remained at large (in January, French police arrested 17 suspects believed to be linked to the case, and 10 have since been indicted.)

﻿Immediately after the incident, Kardashian’s husband, Kanye West, abruptly cancelled a performance in New York to be with his wife. The reality star’s closest friends later reported that she was “badly shaken” as she recovered from the assault, during which she was tied up and locked in a bathroom.

Kardashian told DeGeneres that the experience had profoundly changed her outlook and priorities.

“I was being flashy, I was definitely materialistic before,” she said. Kardashian added that there’s nothing wrong with being proud of hard-earned wealth or belongings, but “I just don’t care about that stuff anymore.”

“Really?” Ellen asked, as the studio audience offered a round of supportive applause.

“It’s not worth it,” Kardashian said. “I don’t care to show off like the way that I used to … it’s just not who I am anymore.”

She told DeGeneres that investigators have told her that the robbers had been following her for years, taking careful note of the jewellery she mentioned in interviews and on social media.

“I truly don’t know if I’d ever wear real jewellery again,” she said.

Kardashian had been staying at a luxurious mansion in Paris’s 8th arrondissement, a discreet address favoured by visiting celebrities. The thieves broke in around 2.30am and held the concierge at gunpoint, demanding that he take them to “the rapper’s wife,” Kardashian said. (“How dare they not know your name,” Ellen quipped.) The handcuffed concierge let the assailants into Kardashian’s apartment.

In that moment, Kardashian said, she was “100 per cent” certain she was going to die.

But in the end, she said she knows it could have been far worse.

Kim Kardashian also discussed being hurt by the way her former step parent Caitlyn Jenner has bashed her family in her new memoir.

The transgender reality star released book The Secrets of My Life on April 17 and her ex-wife Kris Jenner, who received an advanced manuscript, denounced the “made up” claims within the book in an episode of Keeping Up with the Kardashians, adding that Jenner didn’t have anything nice to say about her.

During the chat with DeGeneres, Kardashian-West admitted she felt the book was both unfair and unnecessary.

“My heart breaks for my mom because I feel like she’s been through so much,” Kim said. “She’s (Jenner’s) promoting this book and she’s saying all these things. And I just don’t think it’s necessary. I just feel like it’s unfair, things aren’t truthful.

“I feel like it’s taken her a really long time to be honest with herself, so I don’t expect her to be honest about my mom now… But it’s just so hurtful. I wish her all the success in the world, but not at our expense.”

The 36-year-old added that she will always love Jenner, but they haven’t been in touch for a few weeks. However she will remain respectful of her because she’s still the father of her half-sisters Kendall and Kylie.

“That was my stepdad for so many years,” she continued. “She taught me about character and so much growing up, and I just feel like I don’t respect the character that she’s showing now… like there’s no need for a book. Tell your story, but just don’t bash other people I just think it’s not tasteful.”