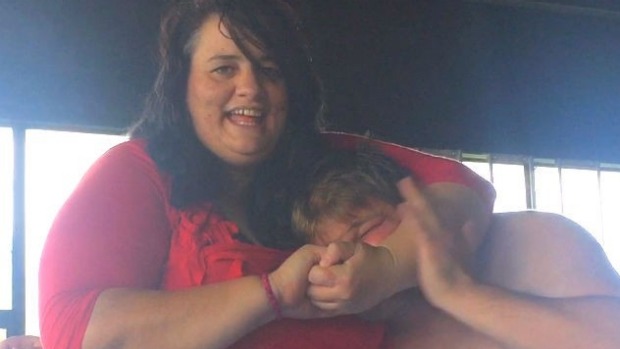 A wrestler’s “evil” character is helping her be a role model for women, she says.

Stacey Stewart has been wrestling for about 18 years, and is head trainer at Maniacs United professional wrestling.

Stewart said she had been a World Wrestling Entertainment (WWE) fan since she was about 4 years old.

“It was always my number one obsession.”

The Titirangi resident said she trained about eight hours a week and her wrestling character, Just Plain Evil, was pretty self-explanatory and quite aggressive.

She realised she could be a contrast to social media’s focus on the perfect image.

“I’m [an] adults’ worst nightmare but I should be every girl’s role model.”

She wanted to help women realise that if she could flip in the air and throw herself around, they could too.

The wrestler also wanted to show that you can wear certain things no matter what size you are, and that you should just “be yourself.”

When she was young she found wrestling to be “aggression release”.

Now Stewart most enjoyed evoking emotion – and showing you don’t have to be slim to be in the ring.

Stewart said the sport was professional wrestling, but the WWE calls it sports entertainment.

Wrestlers have to be fit, and act, being both an athlete and entertainer, she said.

Hughes played a “big arrogant bad guy” – far removed from his real personality. The character kicked people in the head and cheated, he said.