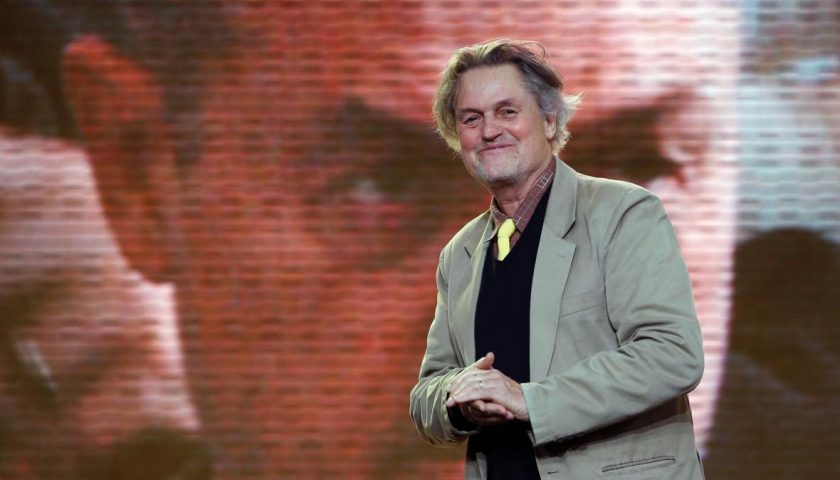 Jonathan Demme, the Oscar-winning director of The Silence of the Lambs whose career took him from making women-in-prison movies to covering the fight for human rights in Haiti and shooting Neil Young concerts, has died at the age of 73. According to Indiewire, who first reported the news, the cause was esophageal cancer and complications from heart disease. He kept working until the end: his episode of Fox’s Shots Fired is scheduled to air tonight, and he directed another for the forthcoming Seven Seconds on Netflix.

Demme’s was a protean career, marked less by a stylistic fingerprint than a pervading generosity of spirit and a great ear for music. He first made his mark as the director of bittersweet comedies about white working-class dreamers, including Handle With Care (also known as Citizens Band) and Melvin and Howard. The latter, released in 1980, was an early highlight and established Demme’s love of underdogs, telling the possibly apocryphal tale of a down-on-his-luck striver (Paul Le Mat) who claimed to have befriended Howard Hughes (Jason Robards) near the end of his life, and produced a will making him the heir to the famous eccentric’s billions.

Demme attempted to enter the mainstream in 1984 with Swing Shift, but lost a power struggle with star Goldie Hawn; the rental copy of the movie at Philadelphia’s TLA Video was accompanied by a Post-It note from Demme explaining how different his original, still-unseen version of the film looked. But with Something Wild, Demme found a way to blend his own sensibilities with less high-profile genre stories, and the mixture jelled: Something Wild was part madcap sex farce, part something significantly darker, and Married to the Mob likewise played broad screwball comedy against more subtle emotional subtexts.

Until The Silence of the Lambs, Demme’s artistic territory seemed easy to delineate, but that movie’s unexpected leap into Grand Guignol, not to mention its screen-filling close-ups of Jodie Foster and Anthony Hopkins’ eyes, took even seasoned Demme fans by surprise—or at least those who’d forgotten that Demme started out making affectionate genre schlock for Roger Corman. Silence went on to sweep the Oscars, winning Best Picture, Best Director, Best Adapted Screenplay, Best Actor, and Best Actress, but the controversy over the transgender coding of the movie’s serial killer villain weighed on Demme, and helped steer him toward Philadelphia, an unabashedly old-fashioned message movie about gay rights and tolerance. Demme followed it with a series of derivative projects—Beloved, based on Toni Morrison’s novel, remakes of Charade (The Truth About Charlie) and The Manchurian Candidate—but he didn’t seem to fully get his mojo back until 2008’s Rachel Getting Married, with Anne Hathaway as a recovering alcoholic who is just trying to make it through her sister’s wedding without losing her mind. Although it had enough dramatic heft to win Hathaway an Oscar nomination, Rachel, like many of Demme’s movies, was too full of life to stay down in the dumps with her, virtually turning into a celebratory concert movie in its final reels.

Music was a special subject for Demme, who was an exceptional director of concert films and a dedicated documentarian as well as a fiction filmmaker. Stop Making Sense remains a high-water mark for the form, eschewing the standard cutaways to rapt audience members in favor of forging a more intimate connection between the viewer and the band. As Demme explained to me in 2010:

[W]e’re trying to create an intense flow between you the viewer and the artist onstage. You mean that cutaway to that person in the audience was more interesting than what was going on onstage? Especially with a whole band to choose from, you never have enough screen time to spend on, say, Rick Rosas, Neil’s bass player. You wish you could cut to Rick more, but you can’t because you have to be on Neil a lot. So now you’re going to start cutting to the audience? I don’t think so.

Demme made three concert films with Young, and his last with Justin Timberlake, but he also turned his camera on less famous artists, like psychedelic folk-rocker Robyn Hitchcock, who Demme also managed to cast in his Manchurian Candidate remake. Demme was adept at pulling people from one world to another, casting legendary comedian Bill Irwin as the living embodiment of a harried upper-middle-class dad in Rachel Getting Married, and using author Edwidge Danticat in both Beloved and The Manchurian Candidate. His talent knew no boundaries, and he didn’t see why anyone else’s should, either.

The most recent story I heard about Jonathan Demme came from the film festival circuit last year, where he was giving his Justin Timberlake documentary a few big-screen showings before its Netflix debut. At a screening of Colossal, he surprised Anne Hathaway with an unplanned Rachel Getting Married reunion. And when Moonlight screened at Toronto, the man who stood up and starting asking Barry Jenkins about the wonders of his intricate sound design? Also Demme.

He could have asked Jenkins privately, of course, but he needed to share his enthusiasm right there, in public—and he probably suspected it might help give the film a little bit of much-needed publicity, too. Demme later presented Jenkins with the New York Film Critics Circle’s Best Director award, and gave him a vigorous hug along with the award. He seemed as happy as if he’d won himself.

Correction, Apr. 26: This post originally stated that Demme’s final directorial credit would be for Shots Fired.