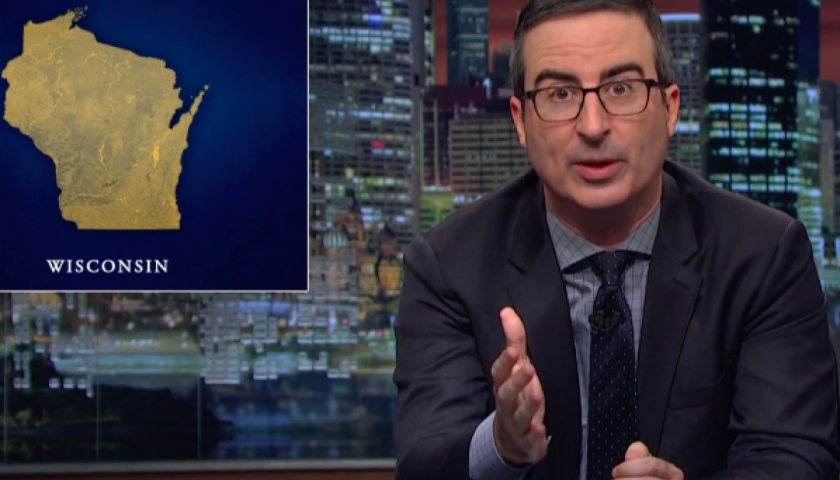 John Oliver wants to save our democracy, even if that means letting our worst citizens have their say. On Sunday night’s episode of Last Week Tonight, Oliver set about unpacking gerrymandering, the redistricting strategy that takes its name from Massachusetts governor Elbridge Gerry and the salamander-shaped results of his cartographical manipulation.

“There is nothing inherently wrong with redrawing a voting district. It’s actually necessary,” notes Oliver. “They need to have around the same number of people in them, and populations shift over time as people move, or die, or emigrate to America because their stand-up careers have endured what might be best characterized as a pogrom of indifference.”

But in 37 states, legislators are the ones drawing the lines for legislative districts, which means that whoever is in power can manipulate distribution to keep that power. There are two main strategies for this, as Oliver explains: Packing refers to putting as many opposition voters as possible into just a few districts. Cracking is a tactic that includes spreading the opposition thinly over multiple districts to prevent them from holding a majority in any single one.

“Think of it as table assignments at a wedding,” suggests Oliver. “You can either break up your eight awful relatives and spread them out over different tables, or you can pack them all together at one insufferable table of the damned.”

Surely all this is illegal under the Voting Rights Act? Well, when a legislator is gerrymandering to disadvantage minorities, then it is. But if that legislator is instead gerrymandering for their own political gain, they’re generally in the clear. And the strategy works. (It doesn’t help that the current Supreme Court has undermined the VRA, and that newly appointed Justice Gorsuch seems inclined to do the same.)

Partisan gerrymandering is not the only factor creating the disparity between our popular vote and actual representation, but it does present a significant threat to our democracy when left in the hands of people who benefit from it. Oliver hopes that an upcoming Supreme Court case will finally rein in that problem, so that even Americans with poor judgement—be they racist grandmas, adult Quidditch players, parrot-heads, or full-time unicycle-riders—get a fair say in “fucking things up” in our great nation.