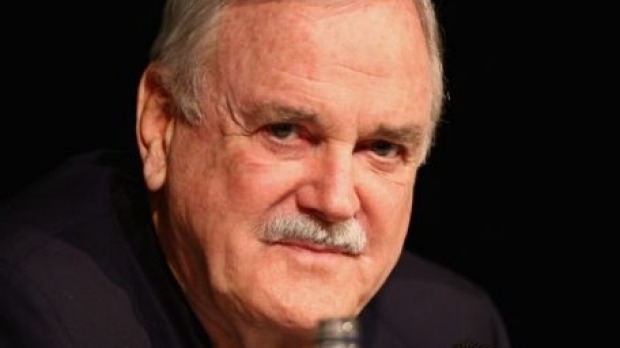 After almost 40 years, John Cleese has announced he’s returning to the scene of his greatest triumph: BBC television comedy.

The upcoming sitcom, titled Edith, will be Cleese’s first leading role on a TV series since Fawlty Towers – featuring his iconic turn as bumbling hotel manager Basil – wrapped in 1979.

The six-episode series – co-starring Alison Steadman, who Cleese worked with in the 1985 film Clockwise – follows the widowed Edith (Steadman) and Phil (Cleese), two longtime neighbours who marry and “plan to follow the sun and move abroad”. But their plans are thwarted when Edith’s 50-year-old son Roger (Jason Watkins) moves back home after leaving his wife, kids and job.

The series is being penned by writer Charles McKeown, a satellite member of Cleese’s Monty Python crew, best known for his Oscar-nominated screenplay for Terry Gilliam’s Brazil.

“These are the most enjoyable scripts I’ve been sent in the last 100 years,” Cleese joked in a BBC statement announcing the news.

The announcement marks a major about-face for Cleese, 77, who had recently taken potshots at BBC’s comedy content.

The actor infamously pilloried the network in an interview in 2015, accusing its commissioning editors of having “no idea what they are doing” and saying he would never work for them again.

But last year, when news of the project first floated, BBC’s head of comedy Shane Allen brushed off the criticism, saying Cleese is “a comedy god and the door is always open to him”.

“It’s a huge pleasure to welcome John Cleese back to the land of BBC sitcom – his last one did alright,” Allen offered in yesterday’s press release.

The announcement continues the BBC’s unlikely infatuation with its veteran content and stars. It courted ridicule with its ‘Landmark Sitcom Season’ offerings last year after producing a slate of one-off reboots of its stale classics, including new episodes of Are You Being Served?, Porridge and a prequel to Keeping Up Appearances, titled Young Hyacinth.

Cleese, who’s made the odd TV guest spot since Fawlty Towers in American series including Will & Grace, 3rd Rock from the Sun and Entourage, was in Sydney last year for the debut run of Fawlty Towers Live, a theatrical adaptation of the sitcom that opened to middling reviews.