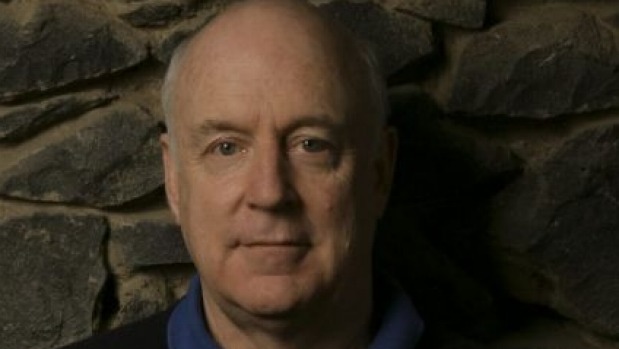 John Clarke’s daughter Lorin Clarke has described to her father’s beloved ABC audience what happened in Victoria’s Grampians, where the comedy veteran died suddenly while hiking with his wife.

Speaking for the first time since his death on Jon Faine’s morning radio program, Lorin said while he father’s death came as a shock, he was doing what he loved with her mother and in the company of a qualified medic who couldn’t possibly have saved his life.

“On the weekend he was doing what he and my mum do most weekends, which is go and find some nature, and just go and exist in it, and look at it, and take photos of it,” she told Faine’s ABC listeners.

“There are not many family photos of dad because dad was always behind the camera… The first pictures that little kids started drawing of John he had a camera: it was like two arms, two legs, a head and a camera.

“So he’s always behind a camera and that’s exactly where he was on the weekend when he died very suddenly and it happened very quickly and there were marvellous people there, who we would also like to thank…, including qualified people; there was a doctor and nothing could have been done.

“And it was a shock and it is a shock but at the moment we just all feel so lucky to have had that man in our lives and shape our lives. That’s just the overwhelming feeling at the moment and we will feel other things, I know, but that is where we are at and I feel like that’s what everyone who came across him should be feeling and if you felt like you had a connection to him then you did.”

Lorin thanked the huge outpouring of support and amusing anecdotes surrounding her father.

“He always said that one of his big strengths was he came from the audience,” she said. “You know when he was on tele in New Zealand he sort of was the first person to get up on TV and sound like a New Zealander, everybody before that sounded very British and these sort of formal things and he shambled up there and did this Fred Dagg character and people recognised themselves and I think there’s an element of that is coming through now and we wanted to acknowledge that.

Lorin said her family hasn’t even been able to turn their minds yet to how they could best memorialise her father since they were going through the process of dealing with his death and “all of the logistical things that any family has to deal with, at the moment, plus a few more”.

As to the question of a public funeral, Lorin said she’s unsure of what would be held but they want to involve her father’s loyal fans.

“We haven’t been able to deal with all of that just yet. We’re figuring all of those things out at the moment. We’d like to include people in some way and we’re not quite sure how to do that.”

“He was just unreal. He was the best. We always knew we were lucky, we always felt lucky. He was a great dad. He and my mum Helen, who he described as the brains of the outfit, they were a team united … and they worked together as a kind of funny, wise, understanding couple and we had a lovely close family and we still do.

“His sister Anna he was incredibly close with … so he was close to us all. You can probably imagine the kind of dad he was because he wasn’t that different, I think, from how you imagine.”