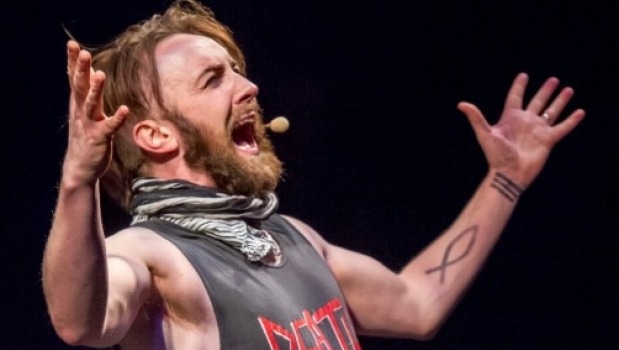 The star of an Auckland musical has revealed he played Jesus on stage while accidentally stoned.

He told VICE that he delivered his opening performance after accidentally dosing up on cannabis – a situation he described as his “worst nightmare”.

Lavercombe said he was given a box of biscuits from a mysterious donor before the show.

Not knowing they were laced with cannabis, he ate several, ignoring a note that told him to limit himself to one per hour.

It took about half an hour for the effects to kick in, but when they did Lavercombe was stunned.

“I just kept getting more stoned and more stoned so I went straight to the stage manager – and this is probably a stage manager’s worst nightmare on opening night – and was like, ‘Okay, um, I, um I’ve eaten these biscuits, they’re definitely laced with marijuana.’”

Lavercombe’s cast mates frantically tried to sober him up by feeding him more food and drink, while director Oliver Driver panicked.

Despite being almost incapable of forming a coherent thought, Lavercombe went ahead with the performance. He and director Driver decided that since they were portraying Jesus as a shambling rock star, playing him while genuinely under the influence just might fly.

To the relief of everyone involved with the production, the show went off fine.

Lavercombe later found out that the cookies had been prepared by an acquaintance who he had bumped into days earlier, and told about the show.

“I was telling him that when I do a show I’ve got to look after my voice so I don’t drink and I don’t really go out. So he just got the wrong end of the stick and thought, ‘Oh poor guy, I know what I’ll do I’ll send him some cookies’.”

​Auckland Theatre Company declined to comment on the story.