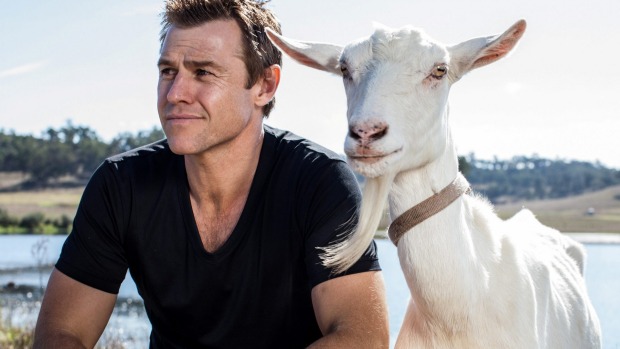 Is the shock-jock’s life really worth saving, the surgeon jokingly asks his medical team, in full knowledge that he’s being observed by a higher-up who’s gunning for him. Hugh is high on self-regard and is in the post-surgery habit of getting even higher on sex, drugs and hard-out partying.

There’s a near death incident that compromises his professionalism, and the medical board decides he should atone for his sins by doing a year of country doctoring in his hometown of Whyhope. Get it?

You might think the theme of rural drift in Australian comedy was set with 800 Words, when a widowed journalist sought the simple life in a small New Zealand seaside town. But think further back to SeaChange, when a high-flying lawyer left the city to become a magistrate in a tiny coastal town.

To his mother, Hugh’s the golden-haired boy, but the rest of the family gives the prodigal son a lukewarm reception. There’s a lot going on in the deep verandah of the family home where Hugh is reluctant to reconnect with his past.

At work he’s under the strict supervision of Dr Penny Cartwright (Hayley McElhinney) who makes him take a pee test in front of her. No sexual tension there – yet – but there’s plenty of old-flame flicker to reignite with sister-in-law Charlie.

Of course da Silva is best known to viewers as Franky Doyle, top dog in the Australian prison series Wentworth. So staunch was that character, it’s hard to see her as the all-grown-up girl-next-door. When Charlie is sprung emerging naked from the farm’s lake observed by an interloping Hugh, you keep looking round for a posse of prison-escaped lesbians to come to her rescue.

Hugh’s a rogue, the jury out deciding whether he’s a lovable one, as we wait to see if he’ll break his brother’s heart and win Charlie back. It sounds corny but this 10-part comedy series has quality operators on board, including Ian Collie, who produced Rake, and writer Tony McNamara, the talent behind Love My Way and Puberty Blues.

At times the dialogue is too cute, the one-liners too citified to be coming out of the mouths of laid-back country folk.  And Hugh is such a cliché. Voted Cleo Bachelor of the Year 2012, he can’t stop lowering his designer sunglasses down his nose to sardonically observe his surroundings, like a male model permanently in photoshoot mode.

The naked in the show’s title refers to pure voice (no instruments or backing tracks) as doo wop, gospel, hip hop and barbershop singers warble their way to the top spot.

Hosted by Jeff Hunkin, a tenor from the award-winning barbershop quartet Musical Island Boys, The Naked Choir grooms eight amateur groups as they compete before a panel of three judges.