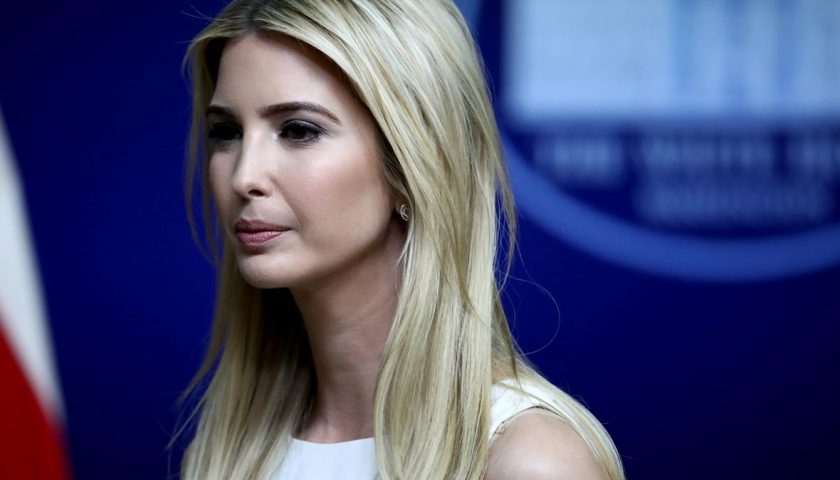 In a recent CBS News interview, Ivanka Trump responded to criticism that she and her husband are complicit in furthering her father’s agenda and softening his image with an, er, unique definition of the word complicit.

“If being complicit is wanting to be a force of good and to make a positive impact, then I’m complicit,” she told Gayle King, going on to add, “I don’t know what it means to be complicit. But you know, I hope time will prove that I have done a good job and, much more importantly, that my father’s administration is the success I know it will be.”

Since Ivanka has apparently inherited her father’s trait of twisting words to make them mean just about anything you want them to, The Daily Show has provided an alternative dictionary with Ivanka-friendly definitions of other words that apply to Ivanka and to the Trump administration as a whole.

The #Ivanktionary has arrived not a moment too soon. Merriam-Webster reported a spike in lookups of the word complicit after Ivanka’s interview, and Saturday Night Live even chose “Complicit” as the name of Ivanka’s fragrance in a parody commercial starring Scarlett Johannsson just a few weeks ago. The rest of late night also wasted no time in mocking Ivanka’s word manipulation: Stephen Colbert schooled the president’s daughter on the word’s definition in a Late Show monologue in which he pulled out an actual dictionary.

“Involved with others in illegal activity or wrongdoing,” read Colbert. “Oh wait, it does have ‘being a force for good and making a positive impact’ under ‘complicit, opposite of.’”

You can hear Colbert’s comments at around the 2:50 mark.