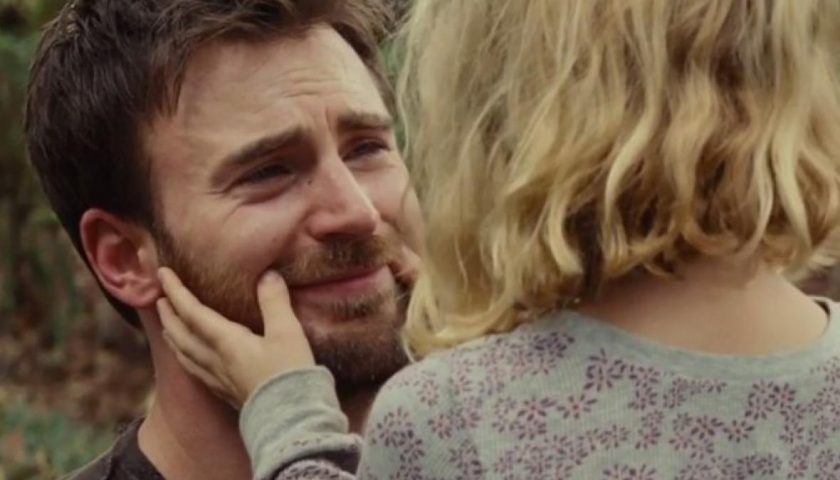 Directing a giant blockbuster can demand two or three years of your life and sometimes more, if you come back for the sequels. It’s no wonder, then, that top-tier helmers feeling a little burnt out on big-budget spectacle might want to sneak in a smaller movie here and there just to get back to basics. Still, while these films are meant to show what the directors are capable of when they’re freed from the big studio machine, even their more modest efforts are starting to feel a little familiar.

Take Gifted, this week’s dramedy about a precocious child and the overwhelmed uncle (Chris Evans) who serves as her single parent. It’s directed by Marc Webb, who made the last two Amazing Spider-Man movies, but it’s not to be confused with June’s The Book of Henry, about another child genius and his single parent (Naomi Watts), which director Colin Trevorrow squeezed in between Jurassic World and his upcoming production of Star Wars: Episode IX. With his schedule so packed, Trevorrow had to abdicate the director’s chair on Jurassic World 2, a gig that went to spectacle-seller Juan Antonio Bayona … who just released his own precocious-child/single-parent movie, A Monster Calls, this past December.

While these films all operate in different genres, it’s uncanny how often they repeat the same beats. Would you believe that the young child is often more responsible than the adult caretaker? By this point, I’ve grown to half expect it, in addition to mandatory story points about disappointing deadbeat dads, moms in danger or dying, and crucial expositional scenes where our lead child flips through a photo album and sees the parent in a whole new light. Will there be a notebook filled with thoughtful doodles and math formulas? Most certainly. Will our sensitive kid go up against a grade-school bully and somehow come out on top? You can count on it. It’s gotten to the point that in Gifted, when Chris Evans talks about his stern British mother, I expected Sigourney Weaver to swan in with her posh A Monster Calls accent to establish an unlikely cinematic universe for blockbuster directors’ gap-year one-offs.

What’s prompting these similar small movies? To some degree, I expect the directors are treating them as penance: After you’ve neglected your family to fly around the world working on a giant blockbuster, what better way to work out your issues than with a film about a distracted parent reconnecting with a special child? That’s part of the reason that after directing two Iron Man movies, Jon Favreau made the much smaller Chef, where he stars as a single father who quits his fancy restaurant job to start paying attention to his precocious preteen. At the end of their cross-country adventure together, Favreau’s character goes back into the restaurant business a better man who’s informed by the time he’s spent with his son; so, too, has Favreau returned to tentpole filmmaking after his gap-year movie, only now he’s directing films like The Jungle Book and The Lion King that are explicitly made for families.

But I suspect there’s more to this trend than just personal catharsis. For as much as these directors think they’re trading one mode of filmmaking for another, in a way, they’re just toggling between two influential blockbusters: Instead of making Star Wars (literally, in Trevorrow’s case), they’re making E.T.

You can feel Steven Spielberg’s influence on all of these gap-year movies, which is fitting, since he himself loves to alternate between big blockbusters and smaller-scale dramas. No film of his wove those disparate impulses together better than E.T., which tells a fantastical story that’s foregrounded in the small and familiar: Before young Elliott establishes his bond with marooned alien E.T., we get to know him as a sensitive kid who’s—you guessed it—dealing with an overwhelmed single parent. In ways both large and small, these gap-year movies pay homage to E.T., whether it’s A Monster Calls subbing in a tree monster as its young protagonist’s nonhuman companion, or the abandoned mother in The Book of Henry rocking Dee Wallace’s practical shag haircut.

So while Star Wars has long gotten credit for changing the way blockbusters are made, with these gap-year movies, E.T. is finally getting its due, too. In between Star Trek movies and shortly before he directed his own Star Wars installment, J.J. Abrams spent his gap year on Super 8, as purposeful an homage to early Spielberg there ever was … until Stranger Things topped it last summer. (Should someone set up Stranger Things single-mom Winona Ryder with Super 8 single-dad Kyle Chandler? Certainly, their sensitive, bike-riding children would get along.) By relying on familiar material, giant tentpole films count on a certain measure of nostalgia to draw you in, but these gap-year movies feel just as retro: Hell, The Book of Henry offers an illustrated poster so 1980s that you expect it to be pasted on a VHS cassette.

Since Hollywood studios have increasingly squeezed out mid-budget movies in favor of comic-book spectaculars and micro-budget horror, films like Gifted, The Book of Henry, and A Monster Calls take on even more retro resonance: They’re the kind of film that’s supposed to make you say, “They don’t make them like this anymore.” It’s funny, though, that all of a sudden they’re making that same film a little too often.

See also: Gifted Is Advanced in Cuteness, But Only Proficient at Everything Else