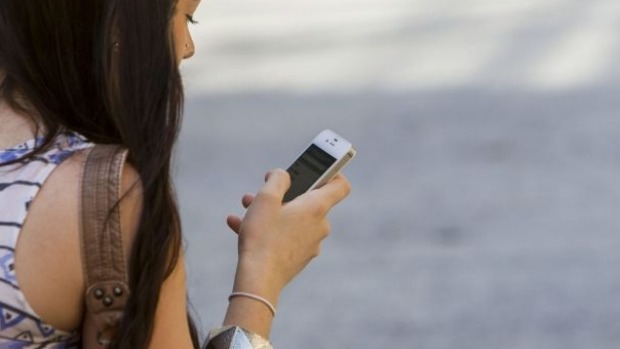 Suit coat and button-down shirt, check. Agenda, check. Extra business cards, check. Fully charged phone, check. I was ready for my first advisory board meeting at Blackboard, an educational software company in Washington, DC. ​Most 17-year-olds don’t go to eight-hour board meetings, but Blackboard had invited me to participate as a member of the generation that the company serves. The board members thought I could give them some ideas about what makes us different from the people who came before us.

READ MORE: * Gen Z shoppers prefer bricks and mortar* I chatted with 3 Gen Z girls about how they use their mobiles, and it was mind-blowing

I was honoured but mainly petrified, afraid I would disappoint them. I knew that many boards lack a younger voice and wanted to set an example so that they would know that we are worth bringing to the table.

When I entered the big conference room, a vice-president named Craig Chanoff asked me to sit next to him. Whew. I felt as if I were being invited to the right table in the cafeteria on the first day of high school. And there was another good thing: I was comfortable with Blackboard’s business.

The company has an app that helps high school students identify our interests and narrow down our college choices. Something I find very cool about this app is that it is very visual and easy to navigate.

So when an executive began talking to the board about marketing strategies for Blackboard’s new services, I felt I knew what he was talking about.

But when he started to get into specifics, I noticed that other people were pulling out their laptops and notepads. I knew I had better take notes, so I reached for my phone. That’s what I like to use. The next presentation was even more intense and detailed, and I typed out as much as I could and thought I was keeping up pretty well.

Before I knew it, it was time for a break. Two hours had gone by, and I realised that I could get through eight hours of this. My thumbs would be sore from all the note taking, but I didn’t think I had looked like an idiot, which was my main concern.

If I could figure out a way to pipe up with some opinions in the afternoon sessions, I might just feel good about my first meeting. As I headed to the bathroom feeling on top of my advisory board game, Craig pulled me aside and said, “Listen, you’re doing great, but I want you to be super-successful here.”

“Many board members noticed that you were on your phone a lot,” he said. “If you can hold out on texting friends or checking your Twitter feed until the breaks, that would be great.”

Mission failed. Now I did feel like an idiot.

But I was also quite angry. The thing is, I hadn’t checked my Twitter feed for over two hours. I’d been taking notes.

I walked down the hall and began to think. I realised that my friends and I are glued to our phones all day long. That’s just the way we are. Phones are crucial to our identities and lifestyle. Telling people in my generation to put our phones away is not a solution. Just ask our teachers how that has worked for them.

Even so, the workplace is not ready for how often we are going to pull out our phones. Rather than fight it, I think the other generations are going to have to learn to let go and adapt to us. The reality is that social media breaks take less than 15 seconds and can be re-energising. That’s less time than the widely accepted practice of taking breaks for coffee or snacks.

That said, there is no denying that we will need to be mentored so we know when even a 15-second break is unacceptable. The good news is that teachers have been trying to coach us about this for years. We can learn and we can adapt, if the other generations adapt, too.

What really upset me at the meeting was the assumption that by pulling out my phone, I wasn’t paying attention. I’m a digital native. My friends and I have only known a world where phones are smart. My iPhone is a computer, and it’s natural to take notes on it.

Rather than allow others to see our phones as a distraction, we have work to do to prove that our phones are vital tools that we need to get the job done.

Just as I was feeling better about what had happened, my phone buzzed. It was a text from Craig that said: “Hurry up. We are starting again soon.” And so I walked back to the conference room.

As much as I hated the feeling of being reprimanded, I was glad that Craig had pulled me aside and had given me a heads-up. So before we resumed the meeting, I told him that I had been taking notes on my phone, and not using it to text or check Twitter or any other social media.

Craig seemed to appreciate that. And he was nice enough to announce after the break that if anyone needed notes from the earlier presentations, I could text them from my phone. I knew what he was doing and why. My generation will need mentors like Craig who will listen to us and look out for us.

– Jonah Stillman is the author with his father, David Stillman, of Gen Z @ Work: How the Next Generation Is Transforming the Workplace