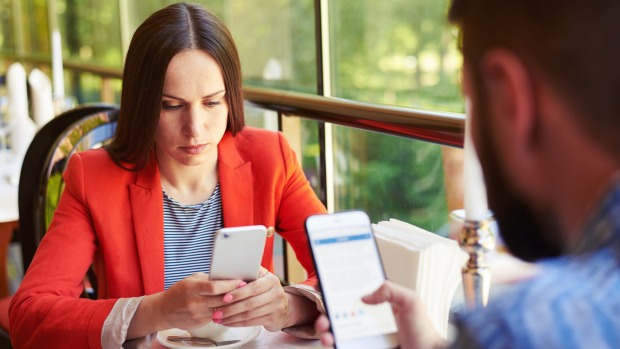 My name is Allison and I’m an addict. There, I’ve said it.

If I’m honest, the symptoms have been evident for some time. Tell-tale irritability, even anger, if I couldn’t get my hands on my drug. It was the first thing I reached for when I woke up and the last before I fell asleep.

Then, over the Easter weekend, things came to a head.

My partner and I had gone to see a film.Around us in the cinema little windows of light started to open. People were checking their phones. I just about contained the urge to join them.

READ MORE:
* The pathway to limiting technology begins at home
* Your dinging, buzzing, vibrating phone is stressing you out – and so is its silence
* I gave up TV, then qualified for Olympic marathon trials and got my PhD

On the walk back to the car, I admitted something. “You know, I think my concentration span has really been affected by my phone. I simply haven’t got the patience for anything that’s too demanding any more.”

Once I’d said it aloud, I knew that it was true. Not only was I practically soldered to my mobile, it was making me permanently distracted even when it was safely in my bag or another room.

Before lunch on Easter Sunday, I told the kids that no technology was allowed at the table and my son laughed and called me a hypocrite. “But you’re always checking your phone,” objected my daughter.

Still, they had a point. I cringed when my son first introduced me to the initials IRL, meaning In Real Life, as opposed to the online world where he and his generation spend so much of their time. Yet, my own absences from IRL were clearly glaring. There are four of us in our family, but how much of the time are we a quartet of solitudes, inhabiting the same space while never truly together?

It is teenagers, tethered to three different kinds of electronic device and being yelled at for rudeness by the older generation, who make all the headlines. But aren’t adults just as bad?

According to a poignant new survey, more than a third of teenagers have asked their parents to stop constantly checking their mobiles and 46 per cent of those said it made no difference. Experts say they were “shocked” by the study commissioned by Digital Awareness UK and the Headmasters’ and Headmistresses’ Conference.

How can they possibly be shocked? The evidence is everywhere you look.

In that group of parents, heads bowed over their phones as they wait outside school at pick-up time. Mums sitting in a cafe playing Candy Crush or bidding on eBay with the little ones opposite on their iPads.

Dads reading emails or keeping up with the football scores while standing on an actual touchline at their boy’s school. Saddest of all are the tiny tots in buggies who cry or reach out, trying to grab the attention of their parents who stare at their mobile, like Narcissus gazing into his pond.

This isn’t simply nostalgia for some prelapsarian age when we all “made our own fun”. I just don’t think society has even begun to face up to the vast and incalculable consequences of preoccupied parents interacting with their children less and less.

A primary schoolteacher, who has worked in the same London pre-prep for 20 years, tells me she has noticed a huge difference between the children starting this year and those who came in five years ago.

“They lack language and appropriate eye-contact skills,” she says.

Alarmingly, the mouth doesn’t develop properly to make dipthongs because babies and toddlers need to actually see how those sounds are formed on a face. “In the past,” the teacher says, “babies would watch their mother’s mouth to mimic the shape that needs to be made, but now, even if mum is talking to them, she is most likely looking down at her phone.”

Fast-forward 30 years and we’ll have a generation of mutes with prehensile texting thumbs and zero empathy because they lack the ability to read the feelings etched on another human face.

Digital Detox camps are already popular in the United States. In a bitter irony, it is the billionaire tech kings of Silicon Valley who are sending their young away to be weaned off the devices and social media sites to which they have enslaved the entire world.

This week, psychologist Aric Sigman warned against children being given tablets or smartphones to play with “until the age of two”.

Writing in the Journal of the International Child Neurology Association, Sigman warned that staring at gadgets in early childhood can lead to “screen dependency disorder”.

Sounds like what I have, and millions more beside me.

Admitting you’re an addict is the first step. For the sake of all our children, we need to put our phones down and pay attention to the people talking to us IRL. There’s an app for that – it’s called love.