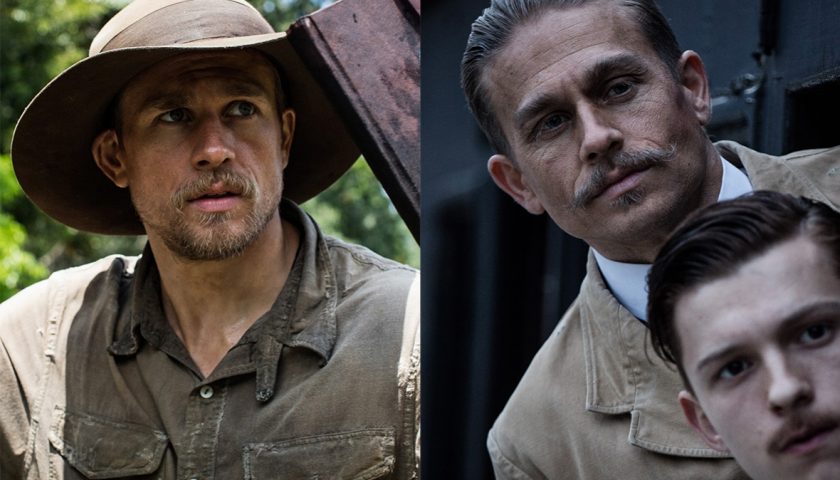 The Lost City of Z, James Gray’s lush biopic of British explorer Percy Fawcett, takes place over three decades as the obsessed explorer searches for an elusive civilization in the Amazon. Because the movie stars a trio of beautiful thirtysomething actors—Charlie Hunnam as Fawcett, Sienna Miller as his wife, and Robert Pattinson as his trusted companion—whom it must age well into their 50s, it also ventures into the perilous realm of old-age makeup. The field, littered with hokey prosthetics and embalmed faces, has spelled the doom of many otherwise terrific movies.

Not this one. In The Lost City of Z, the actors age with near-invisible grace, a feat so rare I kept leaning in for a closer look. We may never know the secret to Fawcett’s lost city, but I needed to know how this movie aged its actors without making them look like yesterday’s lunch. Was it clever lighting? Digital trickery? Was it just that hard to make this movie? I called Nana Fischer, the film’s makeup and hair designer (and one of 12 credited makeup artists), and asked her to explain how she and her team pulled it off.

Aging makeup can be a challenge for decades-spanning movies like this, but in Lost City of Z, I believed it. What was the process?

When I spoke to James [Gray] in the early stages, we looked at different avenues for how to age the actors, like prosthetic pieces. But from experience in working in really hot conditions, [I knew] we couldn’t take all the crew. I have a great prosthetic guy who made some pieces, but because you would have to travel by boat and hike through the jungle, I was worried that it would be too hard to keep it up, so I decided to go down the line with a really old-fashioned style. Which is latex—where you wrinkle up the skin and most of it was like that with a fine latex and then painting the face, actually.

So what we would do is prepare the skin, and you stretch the skin and apply very thin latex, and then you shrivel up the skin together. And then most of it was actually done by painting by using illustrator color, which is alcohol-based. We painted their faces to make them look older. With Sienna [Miller], of course, her hair color would change, and it would become gray with white lines through it, then we’d paint her face, basically. And with Charlie, when he would get older, I would expose the hairline more and then paint the hair gray, and then put gray streaks through it. We created visual illusions by shaving and by making their appearance more hollow in certain places and using color techniques to make them look older.

Also, when you age, you know, your eyes get a little bit milkier. The white of your eyes don’t look white anymore. So I had really big contact lenses made where we would cover Charlie’s eyes so the eye wouldn’t be so bright anymore. The iris was a bit discolored with a bit of a white film over it.

Were these all practical effects, or did you use CGI or other post-production processes to smooth it out?

No, there was no post-production or CGI used at all.

And you said it was particularly challenging while they were tromping through the jungle?

Well, Colombia is very strict with immigration, and all our paint contained alcohol and certain chemicals, so it was all stuck at immigration. It didn’t come into the country. We got a little bit into trouble. So we went really back to basics and actually had charcoal, and we grated it, mixed it with water, and more water-based paint—the same as the indigenous people there would use to paint their faces and bodies. So that was a totally new experience for me, and it was really humbling without using our new technology.

What are the common mistakes that you see in aging makeup?

Sometimes, because you have so many different kinds of technology and incredible prosthetic pieces, people think you just want to put prosthetic pieces on, but sometimes that can be destructive. What James and I wanted to achieve was make it as natural as possible without causing attention to the makeup. I wanted to make it look like it was very natural and as an audience, when you watch it, you don’t think, “Oh my god, yeah, he’s got old people’s prosthetic on.” I don’t want to diss any other films, but I don’t know if you remember with Leonardo DiCaprio [in J. Edgar], there was a prosthetic and sometimes very heavy old-age makeup, and it can be very distracting. With Charlie Hunnam in this movie, he’s just aged gently through the times—not so distracting.

What did James Gray bring to the process?

He’s very visual. What was great about James was that he was very open. I tried different techniques—different painting techniques, different aging, we would just do around the eyes, and so on. Charlie, being really patient, let me borrow his face and come up with different looks, and then James would be there to come and look it. He would put Charlie in front of the camera, because everything was shot on 35 mm film, which was incredible, because it’s a little softer. Everything is high definition now with digital, so you see every little pore, every little thing. You have to be very careful. But with 35 mm, everything is a little bit softer, like going back to the old way of how they made movies, so even with my painting job, I could push it more with the colors, and with the shading, and with the illusion of making them more hollow, or painting the lines on. 35 mm softened it, just right for it to be believable.

Tell the truth: Is aging actors the most dreaded job for makeup artists?

It’s interesting you say that, because right now, I really like doing old age makeup, but in a really subtle way. I just finished a film where I had to do the reverse—where somebody is in their 40s and you have to turn them 20. That actually is more difficult.

This interview has been edited and condensed.