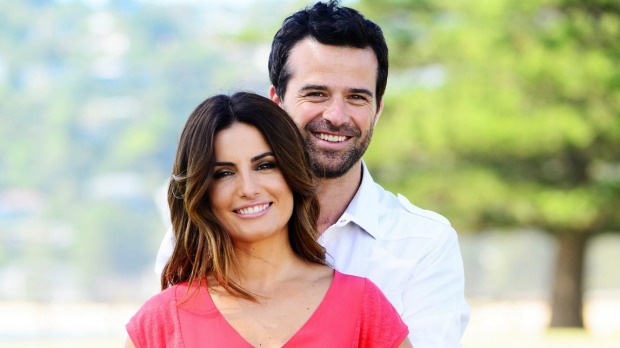 Since the day she fled to Summer Bay in her wedding dress after leaving her fiance at the altar, love has not gone smoothly for Leah Patterson Baker.

After being widowed twice – and with her third marriage to aspiring author Zac MacGuire (Charlie Clausen) on the rocks – it is time for Leah to give up on romance for a while, says Ada Nicodemou, who has played the popular Home And Away character for 17 years.

“There’s only so much emotional stuff you can do,” adds Nicodemou.

“Charlie and I were doing such emotional, draining stuff. It was great and it was a real challenge, but we were all exhausted by the end of it.”

READ MORE:
*Home And Away’s Matt Little reacts to Billie’s shock death: ‘It’s a lot to take on’
*Home And Away’s Ryan O’Kane star-struck on set: ‘It became a surreal moment’
*Home and Away: How it has stayed fresh all these years
*Home And Away’s Shane Withington on John Palmer: ‘I base him on Donald Duck’

Leah and Zac wed in the 2015 Christmas cliffhanger episode but their marriage was beset with problems which culminated in him cheating on his wife with book editor Sam (Cheree Cassidy).

“She loves Zac, she really does, and he loves her, but they just can’t be together and she just won’t be able to get past (the cheating),” Nicodemou says.

Although she is sorry that the relationship is over, the actress – whose own eight-year marriage to Sydney restaurateur Chrys Xipolitas ended in 2015 – believes the storyline was handled well.

“It was gradual. I like the fact it wasn’t just, ‘Oh, they’re breaking up’. Then next week that was it, it was done. The breakdown of a marriage is very hard,” she says.

“They had a lot of hardships and, unfortunately, like a lot of couples do, they let go of their relationship because they were worrying about so much other stuff – the kids, the house and so on.

“They just didn’t prioritise their relationship. I think they love each other deeply but they just fell out of love.”

The split was traumatic for the actors as well as their characters.

“It was really, really awful. We care about each other so, so much,” Nicodemou says.

“We’ve been there for each other both at work and outside of work so we’ve become very, very close. It was hard having to do all those scenes.

Home And Away fans, however, are not so convinced.

“They’re all just so upset that he’s cheated,” says Nicodemou. “They can’t believe he cheated on me but I always joked to Charlie about it – ‘You’re going to get so much hate mail. You are going to get tomatoes thrown at you.’ I feel really blessed that a lot of people really love Leah.”

While the writing might be on the wall for Leah and Zac, she still has some pretty big obstacles to overcome before life looks up.

“She’s been a mum for such a long time, and a wife, and Leah gives so much, like all women do, and she always puts herself last. She’s not going to be happy for a while,” Nicodemou says, hinting at more heartache to come.

The issue of who raises baby Luc, who was left motherless when Leah’s daughter-in-law Billie (Tessa de Josselin) died suddenly, is likely to be the cause of future angst.

It is bringing Leah into conflict with her long-time friend Irene (Lynne Grainger), who is the baby’s grandmother.

“They really argue. Things get really awful between Leah and Irene,” Nicodemou says, adding she hated fighting with Grainger, one of her best friends in real life.

“I hated it. I hated going to that place and especially having to do that with Lynne because we are so close. It wasn’t enjoyable at all – and it does go on for a bit I have to admit.”

Home And Away, TVNZ 2, weeknights.