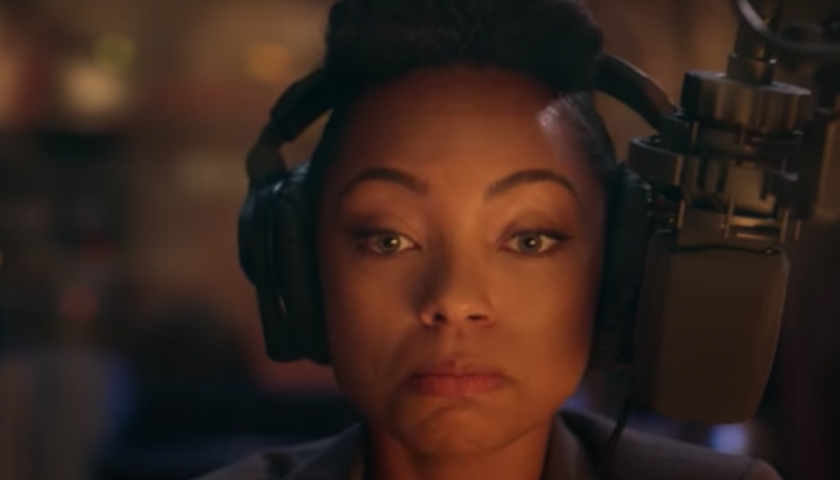 The first full trailer for Netflix’s series adaptation of Justin Simien’s 2014 feature debut Dear White People has arrived, and it wastes no time mocking the recent controversy over the show’s title and subject matter. Borrowing a quote from a Variety article, it opens with a “warning” that “the following program is meant for both white and black audiences, and every other color imaginable”—a jab at the outspoken dissenters who have threatened to boycott the streaming service over the past few months.

Those white people may not like this trailer, but fans of the original film are sure to be pleased. While most of the original main cast, including Tessa Thompson, have not returned to the fictional campus of Winchester University, many of the themes and plot points remain the same. Outspoken activist Sam (played here by Logan Browning) is still hosting her controversial radio show aimed at calling out racist attitudes while hiding the fact that she’s dating a white guy. Meanwhile, nerdy outcast Lionel (DeRon Horton) explores his sexuality, Coco (Antoinette Robertson) hangs out with preppy white girls, and Alpha male Troy (Brandon P. Bell, reprising his role from the film) struggles to impress his father, the dean.

If the first film suffered from being overly didactic and stilted in its delivery, this new trailer suggests the series may tone that down a bit in favor of zippier, funnier dialogue, as well as more fully-realized characters. There are a couple of humorous moments to be had here, like when Sam is caught off guard after mistaking a black caller to her radio show for white, or a white character suggests that he and his fellow students need to “do here what they did in Germany.” (No, he’s not suggesting they emulate Hitler.) Also promising is the show’s roster of directors, which include Oscar-winner Barry Jenkins, Charlie McDowell (The One I Love), and Tina Mabry (Queen Sugar).