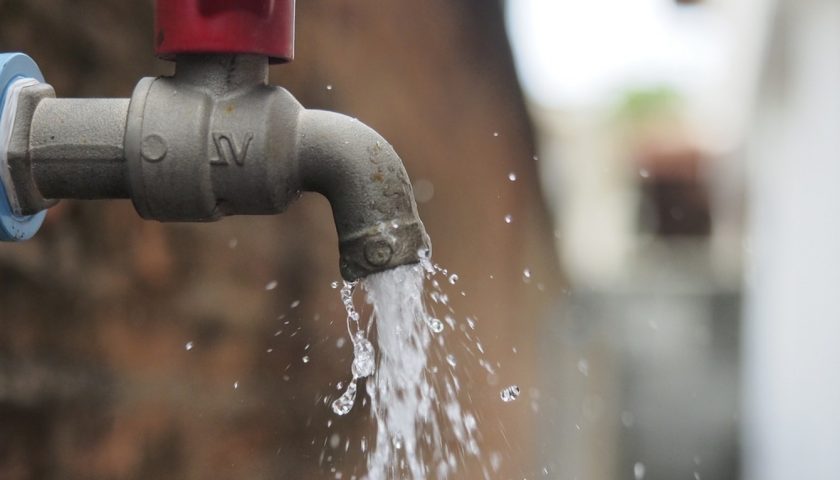 Finally, after 22 meetings, the water committee has approved its final report.

WATER CHARGES ARE back – for some, at least.

After 22 meetings the Oireachtas committee on water charges approved its final report this evening.

After an acrimonious week of twists and u-turns, the 20-member committee, which was tasked to deal with the issue of charges, metering and ownership, approved the final draft report, 13 votes to 7.

So what’s in this report? Here are the answers to some of the key questions.

Is Irish Water being abolished?

No, Irish Water is here to stay. The committee agreed that a single water utility will remain, but we’ll be having a referendum on the issue of enshrining the utility into public ownership.

Water charges are back for those that use excessive amounts of water. However, the previous scheme of billing everyone for water is over.

The committee agreed that the 2007 Water Services Act can be beefed up to impose “levies” on householders – which is essentially a charge.

What is excessive usage?

Excessive usage is 70% above the average household use.

The average individual usage has been set at 133 litres per person per day.

It recommended that the Commission of Energy Regulation should determine the average consumption levels and that excessive usage should be based on 1.7 times the average household usage.

Any legislation in the future should also provide for allowances in extraordinary circumstances such as medical conditions and above average household size that falls beyond the threshold allowance and taking into consideration that average usage is 133 litres per person per day.

So will householders get any more bills from Irish Water?

Only if they waste water. Fianna Fáil and Fine Gael maintain that 92% of the public won’t get bills, but the 8% that have been found to waste water will face a levy.

71,000 households (8%) of Ireland’s households account for 32% of all water use in the country and it is these properties that are liable for the excessive use charges.

However, Right2Water TDs maintain the percentage could be a lot higher – stating that up to 40% of householders could end up paying.

Fianna Fáil’s Barry Cowen told the media tonight, that if someone gets a bill they shouldn’t, they should give him a call.

What will happen to those that don’t pay? 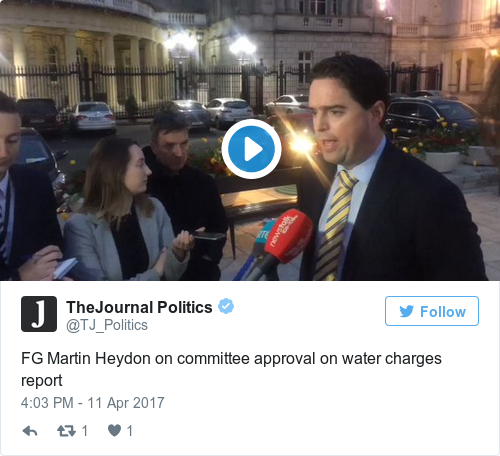 What about those with private water schemes?

This falls under the equity heading in the report, whereby it is recommended that members of  group water schemes should have the same financial support offered to those on public water scheme.

What about water meters?

The State’s roll out of water meters is over but all new build homes must have one. District metering will be rolled out in some areas and there will be bulk metering for apartment blocks.

The last ten days has certainly damaged the relationship, but the threat of an election has diminished.

There has been a lot of grandstanding, posturing and game-playing on both sides – and the result? Pretty much back where we started.

Fianna Fáil have denied they have done a climb down, with Cowen stating:

“I do not care if it 2-0, 3-0 or 10-0 or 1-1. When the spin fades away, the fact will remain that there are no charges and Fianna Fáil fulfilled its commitment in this regard.

“I am sorry that ten days were wasted, Fine Gael will have to answer as to why. But essentially water charges are gone. 92% of people will never receive a bill again… this failed regime is gone.” 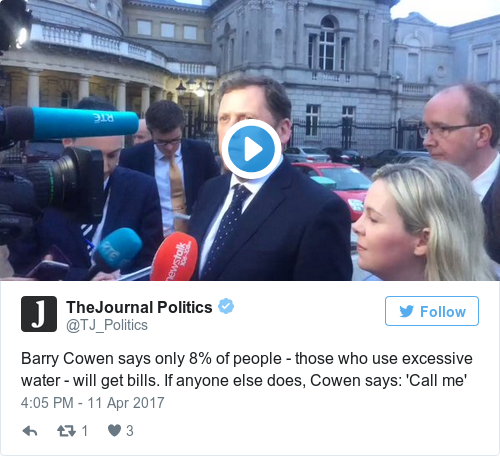 Barry Cowen says only 8% of people – those who use excessive water – will get bills. If anyone else does, Cowen says: ‘Call me’ pic.twitter.com/gX2Coveu38

Do all the other committee members agree?

No. The report was only approved by 13 members – Fine Gael, Fianna Fáil, the committee chair Senator Pádraig Ó Céidigh and Independent Noel Grealish.

Right2Water TDs (Solidarity-PBP and Sinn Féin) as well as Labour and the Green Party voted against the report.

TD Paul Murphy accused Fianna Fáil of u-turn and said this report is another way for Fine Gael to introduce water charges through the back door. 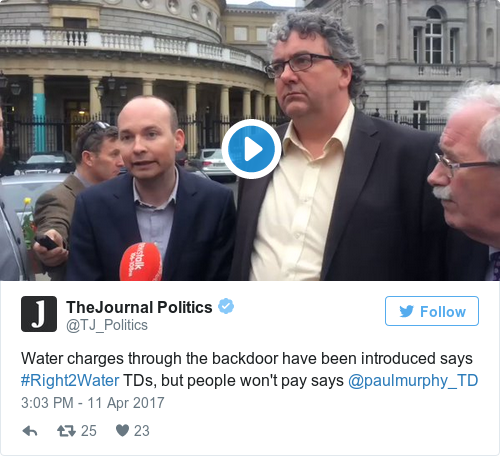 He said people would see through what Fianna Fáil had done in the last week and voters would punish them for it.

Meanwhile, Green Party Senator Grace O’Sullivan has warned that the report will need to be strengthened in the Dáil by the government and Fianna Fáil.

O’Sullivan voted against the report due to Fianna Fáil’s insertion of the Water Services Act 2007 to penalise those who use water excessively.

Ó Céidigh said he 100% stood over the report today and was happy the committee had come to a conclusion.

Heydon said today is a”victory for new politics” and claims this report is honest to the Irish people.

The motion on the report will be brought before the Dáil tomorrow and there will be a debate. A vote will follow on Thursday.