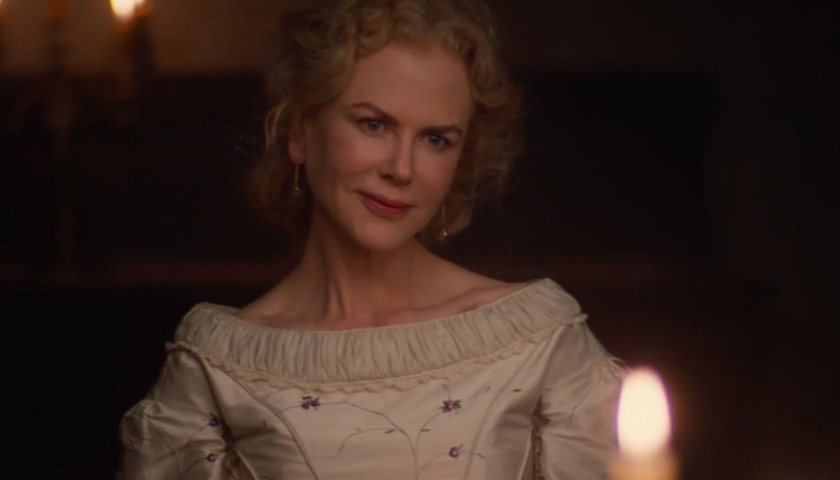 Colin Farrell’s safe haven isn’t so safe in the new trailer for Sofia Coppola’s luscious-looking Civil War thriller The Beguiled. Farrell plays a Union soldier who throws a Southern boarding school into chaos after he’s rescued by the women there, including the headmistress (Nicole Kidman), a teacher (Kirsten Dunst), and a student (Elle Fanning). The movie is a remake of the 1971 film starring Clint Eastwood.

Our previous look at Coppola’s take on the story, which is based on the novel originally titled A Painted Devil, by Thomas P. Cullinan, promised some dreamy atmosphere, sexual tension, and betrayal. But the new trailer wades into much darker territory, with the women of the school slipping something sinister into Farrell’s food and a bloodied Nicole Kidman telling someone to fetch her a saw. Farrell’s anguished cry of “What have you done to me, you vengeful bitches?” suddenly makes a lot more sense.

The Beguiled hits theaters on June 23.