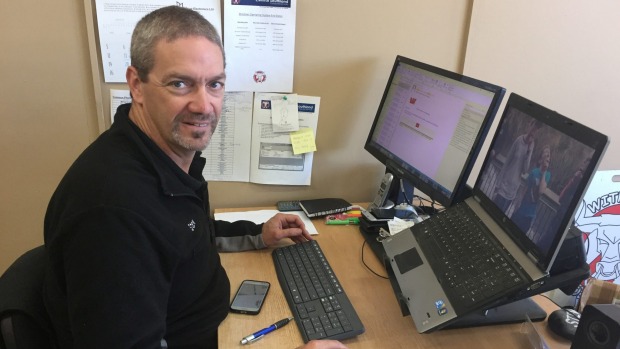 A Winton computer expert is urging people to be extra vigilant as the number of computer and phone scams appears to be increasing.

Central Southland Computer Services owner Stew Bryan said he was getting two to three calls a day from clients who were unsure what to do.

“They’re preying on people’s inexperience around computers and their fear of using the internet.

Bryan admitted scams like this had been around for a few years but he was concerned they seemed to be becoming more prevalent and sophisticated.

“It’s a form of vandalism but how can you police it?”

“It sounds and looks official and if you’re not confident it can be confusing.

Bryan advised people to ignore callers or online messages, or to seek the support of someone they trusted.

The most recent scam involved a message which popped up when users were on Facebook and used the Microsoft name.

“It looks very convincing. They urge people not to ignore this ‘critical alert’ because if they do their computer will be closed down.”

The victim was then asked to contact an engineer and accept a servicing-type contract.

“Most of the time it’s not illegal because they get you to agree to the costs.

“They’re very clever in the way that they do it and if you give them access to your computer, you’ve affectively agreed to allow them to proceed.

“I just want people to be aware and not to fall into any traps.”

Bryan had had one client who had to put a stop on his account after giving out bank details and another who had given out information to a fraudster who had said he was calling from Microsoft.

A pseudo Westpac email, asking for internet banking passwords, had also been circulating but when the link was opened it connected to a Zambian website, he said.