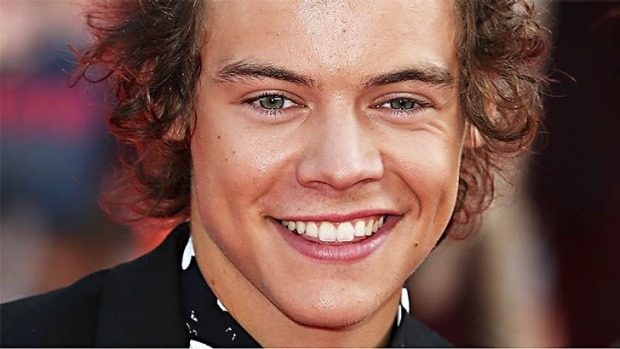 Harry Styles has unveiled the topless cover of his eponymous album, which will be released in a few weeks on 12 May.

The One Direction singer released his debut solo single “Sign of the Times” on 7 April, and he has now dropped more information about this first record, which will be self-titled.

He shared the album’s name, cover art, release date and track listing on Twitter on Thursday ahead of its pre-order opening today.

READ MORE: * Harry Styles teases new music with mysterious trailer * Harry Styles stuns fans by cutting his hair * Harry Styles is making a clean split from One Direction Harry appears naked and wet on the album cover image, which is taken from above as he appears to be bending down to wipe his eyes. His hair and back are visibly damp, his multiple arm tattoos can be seen, and he is wearing two gold necklaces, one of which falls down his back rather than his front.

On the back he appears topless too, with his wet hair in his face while submerged in murky water up to his neck and surrounded by random bits of debris.

The album contain ten tracks, with titles such as “Meet Me in the Hallway”, “Kiwi”, “Ever Since New York” and “From the Dining Table”. It will be released in multiple formats including white vinyl and a limited edition CD, which comes with a 32-page book of exclusive photographs from behind-the-scenes of the recording process.

The 23-year-old will make his live solo debut of “Sign of the Times” and an unknown second song on US sketch show Saturday Night Live on April 16. He recently appeared in a promo with the show’s guest host Jimmy Fallon which shows various takes of them attempting to advertise the show. In one take, they are vying for centre stage, continually standing in front of each other, in the second, they are clicking their fingers as they walk towards the camera in a classic showbiz move, and in the last, Harry bursts out laughing.