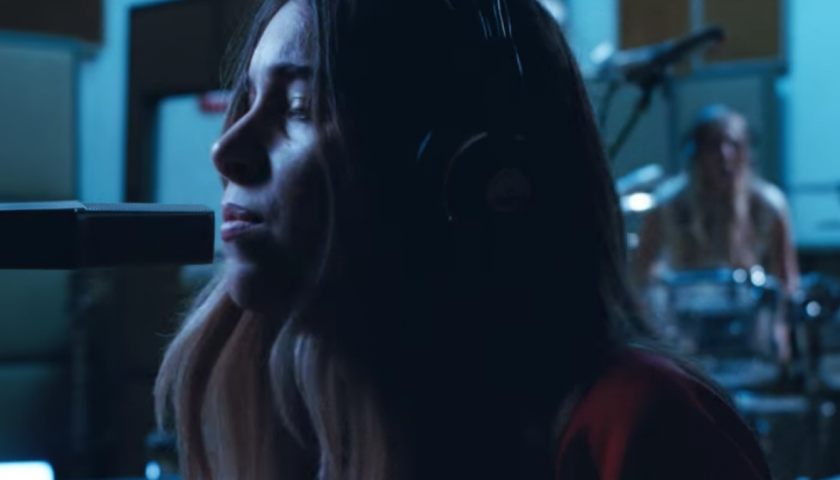 The occasional guest appearance aside, it’s been way too long since we’ve had new music from HAIM, and nearly four years since their debut album Days Are Gone brought us infectious, Fleetwood Mac-esque vibes. Thankfully, the sisters (bass player Este, guitar and keyboard player Alana, and guitar and lead vocals Danielle) have finally returned with the new single, “Right Now,” and a great Paul Thomas Anderson-directed video to boot.

Shot in mostly one long take, it’s a perfect showcase for the band’s musical prowess as the camera roams a recording studio and follows the song as it unfolds, from Danielle’s haunting vocals to its crescendo of Este and Alana’s striking, tight drum beats at the end. As a song, “Right Now” fits in perfectly with the catchy pop sound we’ve come to expect from the group, while still feeling fresh and new, which bodes well for their just-announced new album, Something to Tell You, out July 7. Throw in their scheduled live performance on SNL May 13 (barring the impending writers’ strike), and we are officially—luckily—entering the long-awaited season of HAIM.