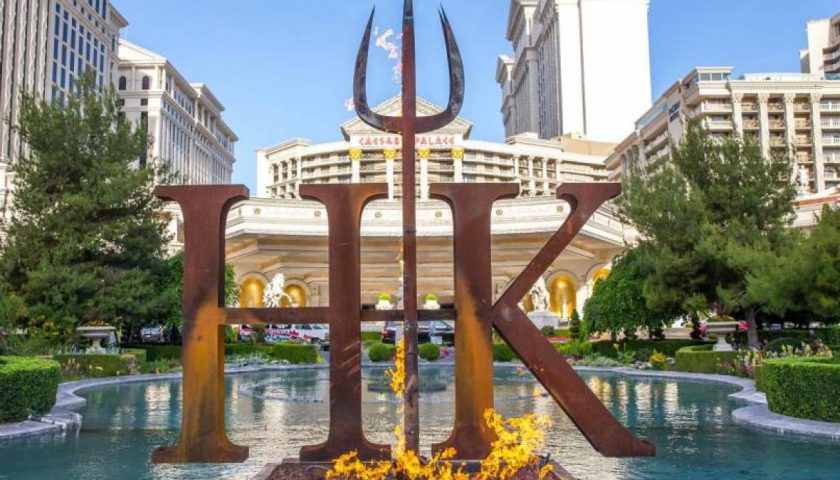 Gordon Ramsay is opening a new restaurant, and he’s opening it in style: The chef lit a 17-foot pitchfork on fire to announce the opening of a new eatery based on his hit reality cooking competition, Hell’s Kitchen, at Caesar’s Palace in Las Vegas. “Fans of the show have been asking us to bring a Hell’s Kitchen restaurant to life since day one,” said Ramsay. “A key element of the show’s success has always been the diners’ experience, so we are excited for guests in Las Vegas to feel like they too are part of the show–flames and all.”

The restaurant promises an “immersive” experience for fans of the reality cooking competition, which is great for people who like the idea of Gordon Ramsay shouting insults at chefs while you’re trying to digest your food, since that’s basically what Ramsay does on Hell’s Kitchen, Kitchen Nightmares, and even with amateur chefs on Twitter. Bonus points if the dishes have names like “Chimichanga Chimi-Chuck It in the Bin” and “Toxic Scum on a Stagnant Pool.”

Please note, though, that the restaurant is not the only Ramsay-owned establishment in Sin City, so if you’re ever in Vegas and craving a meal, but with atmosphere at a lower decibel level, you do have other options, Ramsay fans.