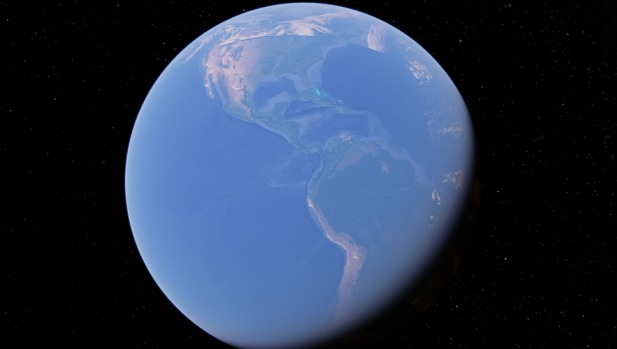 Google Earth is getting a revival, as the 3-D mapping service reorients itself to become more of a tool for adventure and exploration.

A central feature in the new Google Earth is Voyager. Google has partnered with such groups as the BBC and NASA to add video clips, photos and text narratives to three-dimensional representations of particular locations.

The Jane Goodall Institute, for instance, lets you journey to spots in Tanzania that inspired its founding chimpanzee expert. You can also get overlays of chimpanzee ranges and compare imagery from 2005 and 2014 to see the effects of forest restoration efforts.

The producers of Sesame Street show off Muppets from co-productions around the world; the map shows where the Muppets live and offer stories about the region and its culture.

Separately, a new “I’m Feeling Lucky” feature takes you to a location selected at random. Google Earth is highlighting some 20,000 lesser-known destinations – the kinds of places locals might frequent or know about, such as the Indonesian island of Bunaken, part of a national marine park.

Google Earth used to be the place to go to for satellite views and 3-D images stitched together from aerial fly-bys. A software download was required, limiting its use. Google Maps has incorporated many of those features, making Google Earth even less necessary.

Tuesday’s update is about giving you a reason to use Google Earth again. Google says that while Maps is about getting you to a destination, Earth is about immersing you there, or “getting lost.”

With the update, Google Earth now works on Google’s Chrome browsers for desktops. It still requires an app for phones and tablets because of the heavy graphics involved; Google is rolling out updates for Android, but there’s no Google Earth app for iPhones or iPads yet.

Some older features will still require a software download on desktops. That includes maps of Mars and the moon through a partnership with NASA.

Google also announced an update to a virtual-reality version of Google Earth. It now works with Facebook’s Oculus Rift, not just the HTC Vive. But it won’t work with cheaper, phone-based VR systems, such as Google’s Daydream and Samsung’s Gear VR.