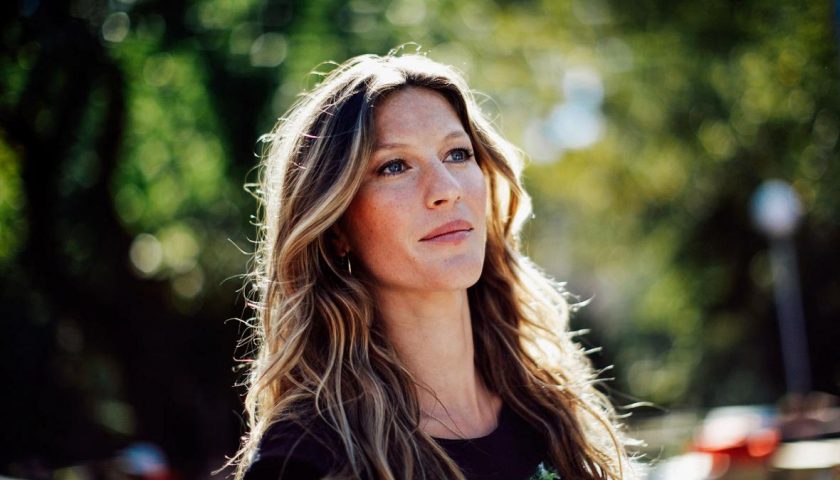 Gisele Bündchen is a Brazilian supermodel known for sporting barely there Victoria’s Secret lingerie and strutting down runways for various luxury brands. She also happens to be married to New England Patriots quarterback Tom Brady. The couple has two kids, live in a sweet home in Massachusetts, and like to take cute selfies together.

Overall, they have it pretty good. So could you blame Bündchen for wanting to preserve that life by fighting for the environment?

Bündchen showed her support for science on Wednesday afternoon by tweeting this.

The seemingly innocuous tweet (which isn’t about the upcoming March for Science—the climate change protest is happening a week later) caused a surprising amount of consternation because it came mere hours after the New England Patriots visited the White House to honor their Super Bowl win. More pointedly, Brady had surprise-announced that he wouldn’t be in attendance, citing “personal family matters.” The quarterback also skipped the visit with President Obama after the Patriots won in 2015 for a “family commitment,” but the timing of this tweet prompted headlines like this one from noted political journalism outlet E! Online: “Is Gisele Bündchen the Reason Tom Brady Skipped His Visit to the White House?” Other places characterized the climate march as an “anti-Trump protest.”

Brady got a lot of attention for displaying a “Make America Great Again” hat in his locker in 2015, and for calling Donald Trump “a good friend.” But Brady and Trump haven’t been seen together in some time. Bündchen, meanwhile, has been previously outspoken about her opposition to Trump, and in November, she announced on social media that neither she nor her husband would vote for him.

It may be surprising, but the Wednesday tweet, which she has since deleted, wasn’t at all out of character for the model. According to the long biography on her site written by her twin sister, Bündchen (or Gise, “as she’s called by her family and close friends”) has actually been a longtime advocate for science and the environment:

In 2004, she visited an indian tribe on the Xingu River and saw up close the problems the community faced due to deforestation and polluted rivers. Since then, she has championed environmental causes and supported countless projects, including our family’s own project for cleaning up the water in our home town, named the Projeto Água Limpa (Clean Water Project). She was acknowledged by the U.N. for her efforts and named a Goodwill Ambassador for the Environment by UNEP.

Bündchen was also on the board of directors for the Rainforest Alliance in 2014, and in 2016 she appeared as a host in an episode of the climate change documentary show Years of Living Dangerously on National Geographic.

Back on her social media, a tweet from April 6 shows she’s been keeping up with environmental controversies.

She may have deleted her April 19 tweet, but a retweet from the Peoples Climate, the organization that is putting on the April 29 climate protest, remains on her timeline.

Bündchen’s home country may play a part in her climate awareness. Brazil, which is home of the Amazon, is the seventh-largest emitter of the greenhouse gases. Despite efforts to curb deforestation, data from 2015-2016 show it’s on the rise again. Environmentalists are now worried that the country’s economic recession could push the government to backslide on some of its environmental policies, and that it may possibly even back out of the Paris agreement.

The nation previously put climate change on the world stage by playing a video on global carbon pollution and rising sea levels during the opening ceremony of the Rio 2016 Olympic Games—an event in which Bündchen also took part.

We probably won’t ever know whether Bündchen played a role in Brady’s absence at the White House yesterday, or if she’ll ever influence him politically. What we do know is that environmental advocacy won’t be something Bündchen is giving up anytime soon. Don’t be surprised if you find her on the front lines of the Peoples Climate March.