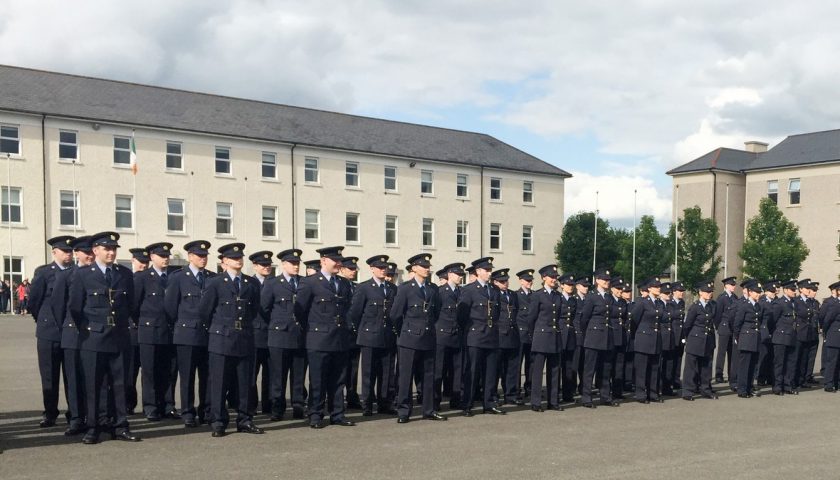 Locals can no longer use the swimming pool or playing fields.

THERE’S HUGE DISAPPOINTMENT among the local community in Templemore as they are no longer permitted to use the swimming pool and playing pitches at the Garda Training College.

Both schools and local community groups have used the facilities at the college for many years.

Fianna Fáil TD Jackie Cahill said it helped foster good relations between the community and the gardaí training in the town.

Local schools use the facilities for swimming lessons and meets, as well as the playing pitches for football games.

“All that has stopped with no consultation with locals,” Cahill told TheJournal.ie.

“A lot of money was spent upgrading those facilities and the change hasn’t gone down well with locals,” he added.

“It is a rural town and there are not a lot of these things in the town. We have been allowed to use the college for generations. Schools have now been left in limbo and have been forced to look further afield in other towns. It’s not ideal as it means greater travelling distance.”

While he said An Garda Síochana are entitled to run their facilities as they see fit, he said the lack of discussion and consultation is what is most disappointing.

“A guillotine just came down and it stopped,” said Cahill.

He said no reason for the cessation has been given, which is why he wrote to the chief superintendent about the matter.

“I received a letter back and it says the facilities will not be available to the public in the immediate future,” said Cahill.

The Tipperary TD said the increase in numbers at the college cannot be used as an excuse as there were far greater numbers training in Templemore during the Celtic Tiger and locals were able to use the pool and pitches during those years.

When asked about the issue, Justice Minister Frances Fitzgerald said the Garda Commissioner is responsible for the “effective and efficient” use of the resources available to the gardaí, including the college and its facilities.

“I, as Minister, have no role in the matter,” she added

“I am advised by the Commissioner that the policy and protocols surrounding the use of the sporting facilities at the college by members of the public are currently the subject of an ongoing review,” said Fitzgerald.

She said the college management will consider applications from members of the local community to use the sporting facilities in the context of any new policies and procedures that may emerge following the review.

“There’s huge disappointment in the town. Locals feel there was no need for this to be done,” concluded Cahill.