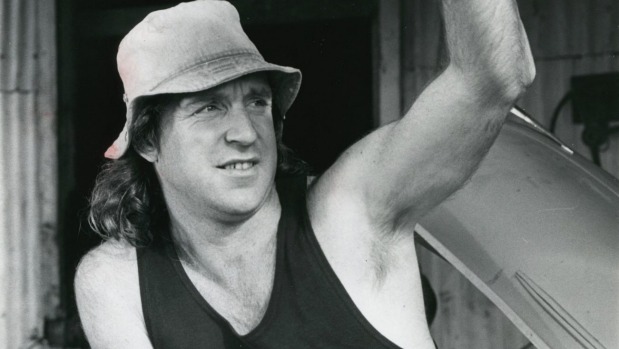 OPINION: We don’t know how lucky we were to have Fred Dagg and John Clarke.

There are many who will go “who?” at the news of Clarke’s death in Australia on Monday.

But for myself and many other Kiwis, Clarke and his then alter ego Dagg, he was huge part of growing up in New Zealand in the 1970s.

Dagg dominated our lives during that time of still relative isolation from the wider world.

It would be hard to imagine a house in New Zealand during the 70s that didn’t have a copy of Fred Dagg’s Greatest Hits and his huge hit, We Don’t Know How Lucky We Are. There were others like the Gumboot Song and Larry Loves Barry.

He filled the role of how many pictured farmers – and some probably still do today. There was the black singlet, floppy hat holding in the long hair and the signature gumboots. All his friends were Trev… and everyone’s friends in New Zealand all suddenly became Trev.

It all added to a certain anti-establishment/satire theme that struck a chord with Kiwis. There was the claiming of subsidies for millions of missing sheep, a hunt for the six-million dollar bionic sheep, he drilled for oil in a back paddock and held flea races with the starters coming from a gumboot.

Television was very much in infancy and Clarke’s talents were almost more about actions and not what was said… Err yeah Trev or Ah, yeah, gidday.

As Kiwis, we lapped it up. It was probably the first time sometime had dared poke fun at the way we lived.

His television sketches were awaited eagerly, his songs blared over the radio and his sayings were included in every day speech.

“That’ll be the door”, “Over we go”, “She’ll be right” and “Kick it in guts, Trev” can still be heard in certain social environs today.

Like many things in entertainment the Dagg lifecycle was relatively quick and before the end of the decade a frustrated Clarke had hung up the black singlet and moved to Australia.

We really didn’t know how lucky we were at the time to have experienced Fred Dagg.