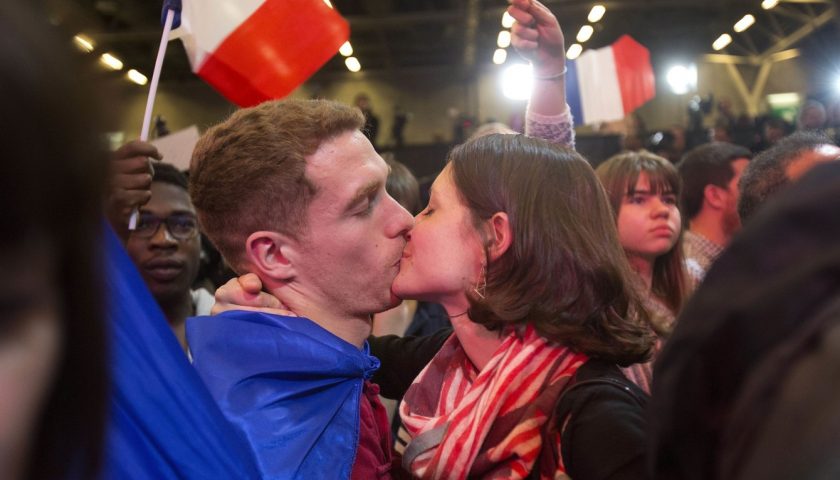 And why does it matter?

YOU MAY HAVE heard by now that France held an election yesterday.

France’s election yesterday was not, however, the final election in the race for the Elysee Palace.

In a system that will seem odd to many Irish people, yesterday’s election was used simply to narrow the field from 11 to two.

So what happens next?

With neither candidate obtaining an absolute majority in the first round, a run-off will be held in two weeks. Every presidential election since 1965 has gone to a second round.

With nine candidates now eliminated, including former Prime Minister Francois Fillon and far left Jean-Luc Melenchon, the 7 May poll will be a straight duel between Macron and Le Pen.

Both sides will immediately launch themselves into two weeks of hard campaigning before the final round of voting. Macron is clear favourite to become France’s youngest president after topping yesterday’s ballot with 23.75% of the vote.

However, he and Le Pen combined took less than half all available votes. That means that millions of votes are up from grabs.

After the vote, the next President will be sworn in by 14 May.

With the anti-EU Melenchon refusing to back either candidate, the speculation is that Le Pen will target many of his voters with anti-Europe promises.

However Macron did draw immediate support from his defeated rivals from the Socialists and Republicans.

Socialist Benoit Hamon, who won a humiliating 6.35%, said the left had suffered a “historic drubbing” but urged voters to keep out Le Pen who he said was “an enemy of the republic”.

Scandal-hit Republicans candidate Fillon followed suit, saying: “There is no other choice than voting against the far-right.”

Nearly 47 million people were eligible to vote in the eurozone’s second biggest economy and turnout was high at more than 78%. In previous years, turnout for the second round has dipped slightly from the first.

Why does it matter?

Away from the implications for France, the election is hugely important for the EU.

The country is the second-largest eurozone economy and a military and diplomatic heavyweight.

The second round will come down to a battle between the pro-European, pro-globalisation vision of Macron and Le Pen’s hostility to the EU and NATO.

If Le Pen wins, it will further shake up the West’s liberal post-war order, already rattled by Britain’s vote to leave the EU and Donald Trump’s election to the White House.