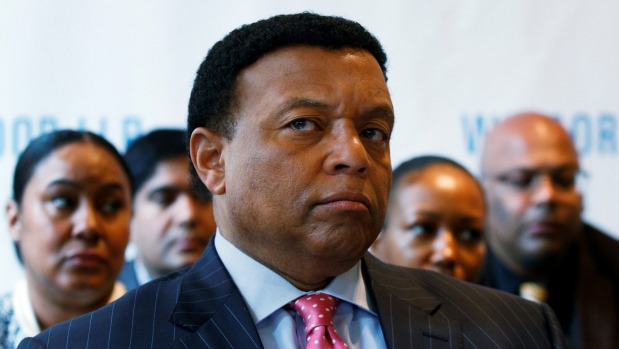 Separately on Tuesday (Wednesday NZT), a former Fox News accounts payable specialist, Adasa Blanco, filed a lawsuit in federal court in New York claiming her complaints about racial discrimination were ignored and she was forced to quit in 2013 as a result.

A Fox News spokesperson in a statement said the network vehemently denies the claims and “will vigorously defend these cases.”

In both cases, the plaintiffs say they were ridiculed and mocked by former Fox News senior vice president and comptroller Judith Slater because of their race.

They say Fox executives including Dianne Brandi, the network’s top lawyer, told them nothing could be done because Slater knew too much about unspecified “improprieties” committed by former network chief Roger Ailes and top-rated commentator Bill O’Reilly.

Fox said Slater was fired in February in response to the complaints.

The new racial discrimination allegations came after Fox on April 19 said it had ousted O’Reilly over sexual harassment claims. Ailes was forced out last year after a sexual harassment lawsuit by former anchor Gretchen Carlson, which was settled for US$20 million (NZ$30 million).

Both Ailes and O’Reilly have denied any wrongdoing.

In Tuesday’s (Wednesday NZT) lawsuit, Wright, who co-anchors the Fox show “America’s News Headquarters,” said that on two occasions his requests to appear on O’Reilly’s show to discuss race issues were rejected.

But O’Reilly did suggest that Wright, who is also a gospel singer, perform at a Fox holiday party, according to the lawsuit.

“Rather than treat Mr Wright as the two-time Emmy award winner that he is, Mr O’Reilly viewed him as a singing entertainer,” Wright’s lawyer, Douglas Wigdor, said at a press conference on Wednesday (Thursday NZT).

Wigdor’s law firm also represents Blanco and Lidia Curanaj, a reporter for a Fox affiliate in New York who claims in a lawsuit that she was retaliated against for complaining about sexual harassment.