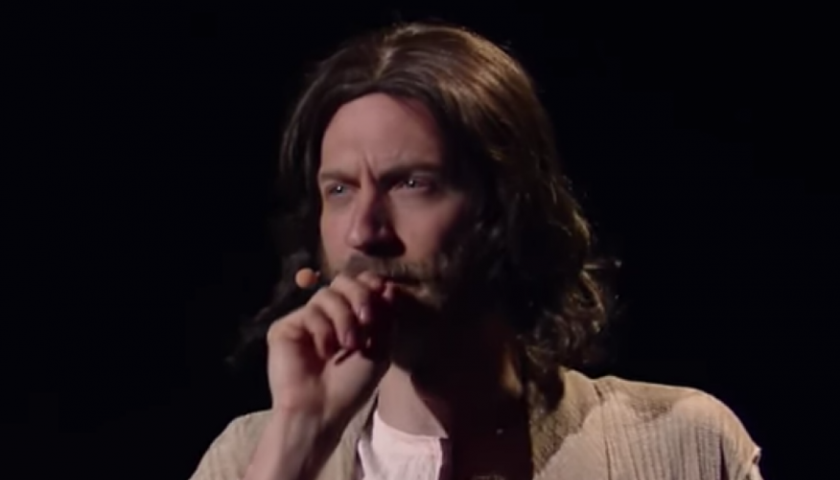 After more than a year of persistent requests, Pope Francis surprised the world on Tuesday evening by making a Skype appearance at TED’s annual international conference in Vancouver. He spoke of technology, innovation, and unity, and criticized “techno-economic” systems that value product over technology. He called for a “revolution of tenderness.”

Still riding the high of nabbing the leader of the Catholic Church for a TED talk, the organizers could now only go bigger—at least, according to Stephen Colbert. On Wednesday night’s Late Show, the host unveiled a new TED talk from the son of God himself: Jesus Christ. “We’ve all been there, right? All you’ve got is a few loaves and a couple of fishes,” Jesus said to his (likely perplexed) audience. “And you have to feed a crowd of thousands. But what if I told you that you could do it? I know what you’re thinking: Jeez, me? No: Jeez-us.”

Yeah, so Jesus’ talk may not have been the easiest or most useful to learn from. But it’s worth wondering: At what other TED event could you see a speaker turn a bottle of water into a glass of wine instantaneously? And really, when else will you get the chance to get an authentically autographed copy of The Bible?